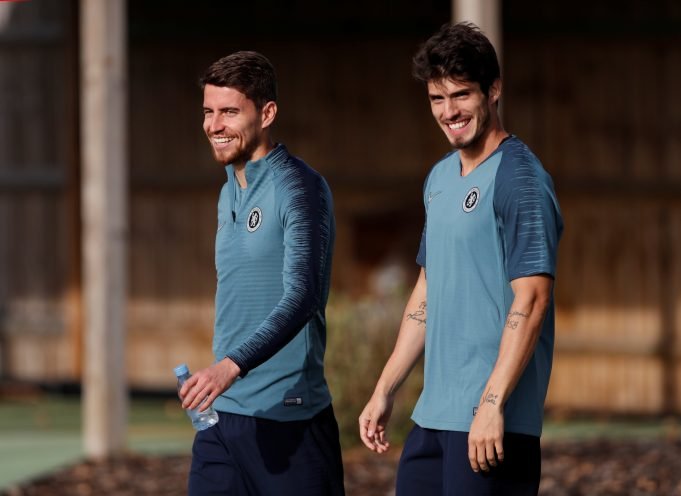 Chelsea midfielder Jorginho has said that his team can improve defensively without deviating from Maurizio Sarri’s game plan.

Chelsea manager Maurizio Sarri is known for his possession-oriented attacking style which is far different from the styles adopted by past managers Antonio Conte and Jose Mourinho.

While Sarri’s style has enabled the Eden Hazard to score goals more prolifically and the midfield to be more attacking, it makes Chelsea a little vulnerable at the back and to counter attacks.

Many have called for Chelsea to adopt a relatively conservative approach. However, Jorginho who knows Maurizio Sarri’s style more than anyone in the Chelsea team, thinks that Chelsea should stick to Sarri’s style.

Jorginho said, “I think we’re only at the start. We have a long way to go in that I think we can do a lot better in our defensive game. In the transition phase when we lose the ball. We can, I think, press much more quickly and allow fewer counter attacks.

There are the little details that bit by bit we’re hoping to sort out.”

Jorginho will be hoping to produce a strong performance tomorrow when Chelsea take on Crystal Palace.