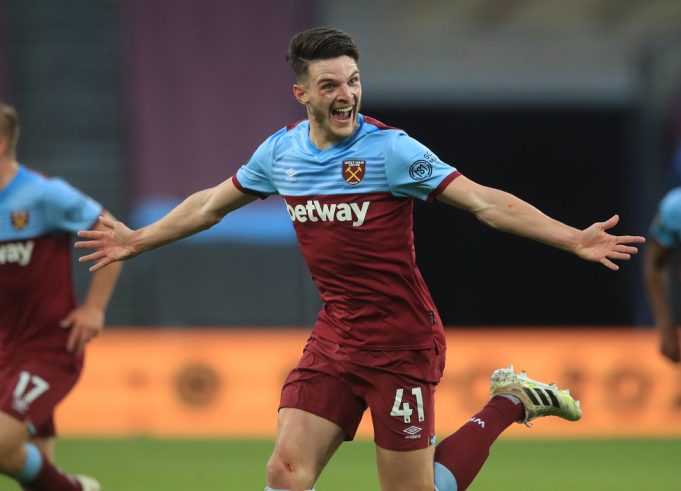 Chelsea are yet to step up their pursuit of Declan Rice as transfer links heat up.

Top of their transfer shortlist, Rice is being valued at over £65 million by West Ham United. He is a former part of Chelsea’s youth academy and has really made an impression on the other end of London.

The England international is best friends with Chelsea’s Mason Mount and have expressed a desire to reunite in the same team. At 21 years of age, both are young and only getting started in their careers. With the youth brigade that Frank Lampard is building at Stamford Bridge, Declan Rice would be an ideal fit in that attacking setup.

A capable defender with the technical abilities of a midfielder makes Rice a very attractive prospect in the Premier League. He can pass it from deep and block the passing lanes of opposition teams. Add that to his huge physical frame and you have got a real defensive midfielder.

West Ham are trying to hold onto him after surviving relegation but David Moyes knows that a transfer is imminent. For now, the Hammers boss wants to discourage any talks of Rice’s departure and revealed that no official offers have come in yet. He said, “At the moment there have been no offers for Declan and we don’t want any. There’s always interest but we don’t want to encourage it.”

Chelsea have a strong chance of signing Rice if they manage to recoup the entire money from Jorginho’s departure. The Italian is wanted by his former manager, Maurizio Sarri at Juventus and his Chelsea have reportedly set an asking price of €50 million.