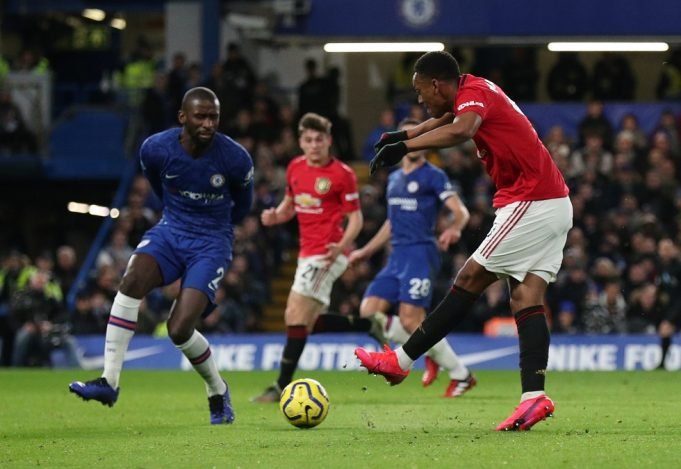 John Terry was called into the studio to analyse Chelsea’s game against Manchester United on Monday night.

Unfortunately for the Englishman, the result went against his former team. Anthony Martial and Harry Maguire led the Red Devils to a win at Stamford Bridge.

Of course, some of the Blues fans were singled out for criticism. Frank Lampard was without the likes of Tammy Abraham, Callum Hudson-Odoi and Christian Pulisic which meant he was limited with his options on the bench. But one player who disappointed many, according to Terry was Antonio Rudiger.

“I think if you look at Rudiger in the build-up to that, the ball goes wide and he kind of gets sucked out into an area where he’s not really going to affect it. He can pass him on,” the former Blues captain noted. “If you could have Rudiger just outside the six-yard box, just to stop that run across, Martial then can’t make that run across and that just allows that second centre-half to go touch-tight and be more aggressive with him.”

John Terry certainly voiced the feelings of many Chelsea fans as United completed a double over them for the first time since the 1987-88 season.