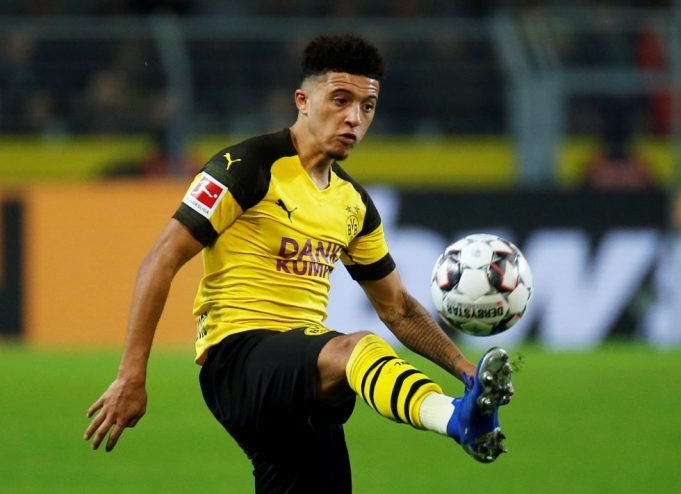 Chelsea great, John Terry has backed Jadon Sancho to be a “great signing” for the Blues.

Several reports claim that Chelsea are pursuing a summer deal for the 19-year-old winger.

Borussia Dortmund will be fighting off offers from a number of Premier League outfits after this season. Liverpool and Manchester United are also interested in the England international, who has been directly involved in 29 goals in 24 Bundesliga games this season.

“I think the young lads have shown their potential. We spoke at the start of the season about the likes of Tammy [Abraham] and Mason [Mount] coming into the squad and they’ve shown that they’re capable of playing,” Terry told Frank Khalid in a YouTube video.

“I think Sancho is probably one of the best young players in the world at the moment so he’d be a great addition to Chelsea’s squad and obviously make us better as well. But like I said the ones that have come through – the Billy Gilmours, Tammys, Mason Mount, Reece [James], it’s endless isn’t it? There have been so many positives this season come through.

“I think every Chelsea fan since I came through the ranks, that’s all Chelsea fans wanted to see was the kind of youth team players, the younger generation coming through and making their first-team debuts and we’ve seen that in abundance this year.”

Terry is currently serving as an assistant manager at Aston Villa. He has been impressed by how Frank Lampard has changed things around at Stamford Bridge.

“I’ve been really impressed with the style of play, the capabilities of the younger players coming through,” he added. “That, mixed with the likes of Cesar [Azpilicueta] and them kind of players, the experienced ones helping them along the way as well, giving them support along the way for Frank’s first season to manage such a big club like Chelsea as well it has been fantastic for him.

“To have the likes of Jody [Morris] around him as well [and] Joe Edwards who know the academy really well and trusting the younger players, there have been so many positives this year so really pleased to see the lads doing so well.”