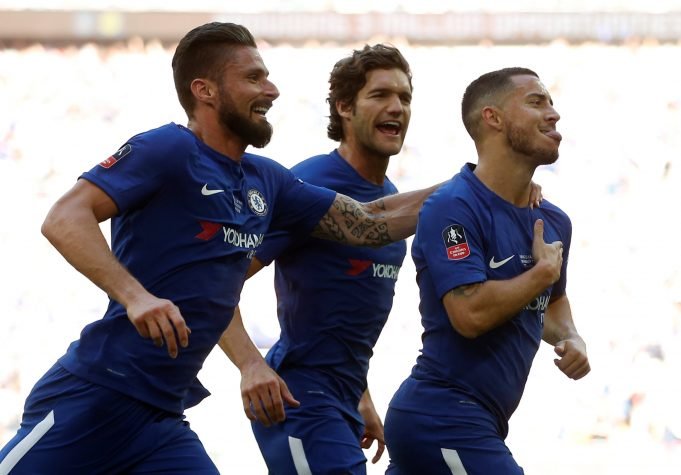 The Frenchman received his first start of the season against Cardiff City. He didn’t score any goal but provided two assists as Chelsea won 4-1 to move to the top of the Premier League table.

Following the match, Eden Hazard praised Giroud by calling him the best target man in the world.

Jamie Redknapp said that Giroud brings out the best in Eden Hazard.

He said, “Eden Hazard will rightly get all the plaudits for his hat-trick against Cardiff, but playing alongside Olivier Giroud is bringing the best from him. Giroud is the focal point Chelsea have been searching for since Diego Costa returned to Atletico Madrid.

When Hazard passes to him, it is as if he is playing the ball to himself off a wall. Giroud pins defenders, holds up the ball and can deftly play it back to the runner. With Giroud in the team, Chelsea look a far more dangerous prospect.”

The Blues play their next Premier League fixture against West Ham on Sunday but before that, they start their Europa League campaign against PAOK tomorrow.