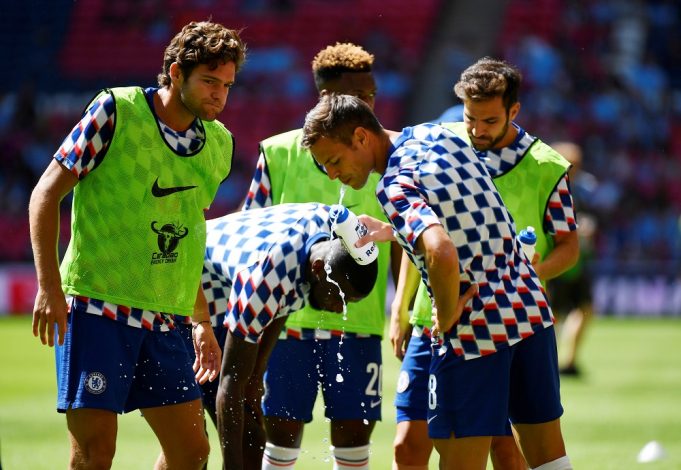 The Blues have won all their opening 3 Premier League fixtures and are only one of the three clubs to do that so far.

However, Sky Sports pundit Jamie Redknapp claims Cesar Azpilicueta and Marcos Alonso are struggling to adapt to the changes in the formation under Maurizio Sarri. They have featured in all the 3 games so far.

“There are positives going forward but I think defensively they are adjusting between playing a back three and a back four,” the former Liverpool midfielder said as quoted by Express Sports.

“You can see here at times (Antonio) Rudiger has to go out as a right-back, the ball then gets played down the side.

“I think Azpilicueta and Alonso at the back post have had a lot of problems adjusting.

“Certainly Alonso who I think is predominantly a wing-back.

Look at his position there, that ball should never get played inside him as a left-back.

“I think he struggles with that, obviously a poor miss or the game all of a sudden could have been completely different. Absolutely (Newcastle could exploit that).

“You can see there, the space they were getting down the sides, Arsenal, time and time again.

“I could have picked out five, six of those.

Normally in that situation the left wing-back, once he goes out, if that’s Marcos Alonso, he knows the left-sided centre-back in a back three would come across in that space.

“But when you’re in a four, you can’t afford to do that.

“You have to move together and that’s what they don’t do.

“That’s where they can get success today Newcastle.”