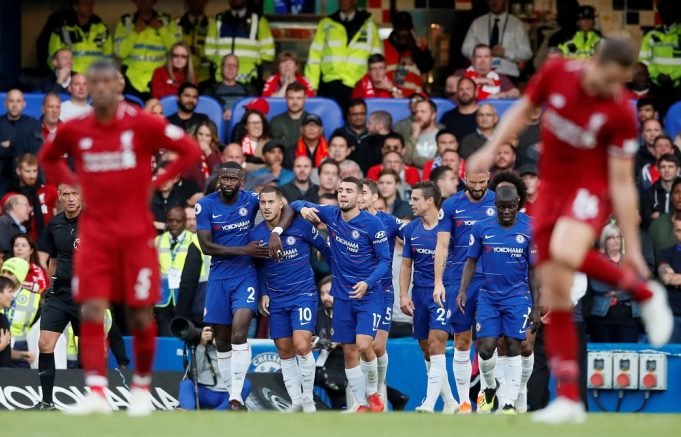 The Blues have been excellent so far under Maurizio Sarri

The 27 year old has hit the ground running for the Blues, scoring 6 goals and provided 2 assists in the first 7 games. He scored an impressive hat-trick against Cardiff City and is the current leading scorer in the league.

The winger was also in fine form for the London Outfit against Liverpool in the third round of Carabao Cup on Wednesday as he scored a stunning solo goal to win the match after coming on as a substitute.

Former Liverpool star has claimed that Hazard is the best player in the Premier League and believes Chelsea winning the title this season would mainly be down to him.

“If Chelsea win the title this season, it will be partially due to their great manager, but ultimately because of the influence of Eden Hazard,” he told the Telegraph.

“This judgment is based on the last six years, not the first six games of this season.”