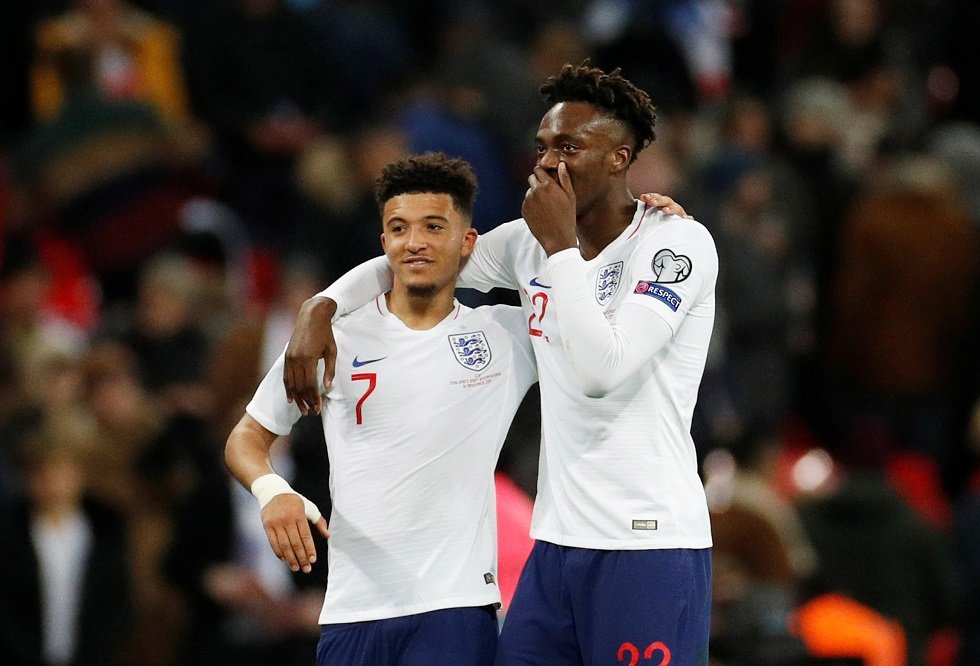 Jadon Sancho idolized Frank Lampard growing up which is a huge boost in Chelsea’s chase for the English winger.

According to the latest reports, the Blues are seriously considering a move for Sancho once, the transfer ban gets lifted.

Chelsea are due to have their appeal heard on 20 November to reduce their punishment to a single transfer window. If the ban gets reduced, Lampard would be allowed to spend the rush of gold that he is reported to have coming his way.

Sancho is no doubt, one of the most exciting young talents in Europe and he fits the Chelsea blueprint perfectly. The winger said, “Ronaldinho was the main guy I used to watch on YouTube. But I liked Frank Lampard quite a lot and Didier Drogba when they were playing for Chelsea. They were the three players I looked up to.”

Chelsea will have to fork out a record sum if they want to get their hands on the Borussia Dortmund winger. For now, he is happy in his current setting while also enjoying international appearances for England.

Sancho continued, “I’ve picked up the training terms really well. When everyone’s speaking German in sessions I understand what they’re saying. Obviously, speaking it fluently is a bit difficult at the moment but I’m picking it up slowly but surely.”