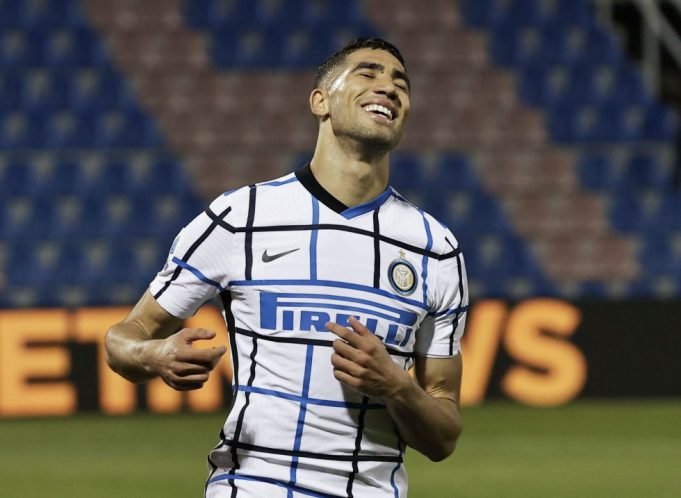 Achraf Hakimi is firmly on Chelsea’s transfer plans for this summer.

According to Sky Sports Italia, the Blues have pipped PSG in the race for Inter Milan’s star wing-back.

Both are interlocked in an intense duel for the transfer of Hakimi. Inter want to double their investment in him after paying €35m to Real Madrid just summer. The Serie A winners are in a gruesome financial state and need to raise funds through player sales.

Hakimi is one of the players they are willing to let go whereas strikers like Romelu Lukaku and Lautaro Martinez have been written off. Considering the football plays under Thomas Tuchel, Hakimi would be the perfect on the right flank.

The ageing Cesar Azpilicueta can be replaced by Reece James at right centre-back while Hakimi can bomb down the right flank with complete freedom and help Chelsea’s attack. He carries the unique ability to breeze past defenders and deliver sumptuous balls into the penalty box.

Any forward would love to play with his quality of service down the flanks. But the biggest hurdle seem to be the €75m-€80m price tag Inter have put up. Chelsea are reportedly ready to pay €60m and offer either Marcos Alonso or Emerson Palmieri in an exchange deal. Inter are yet to respond to their offer.