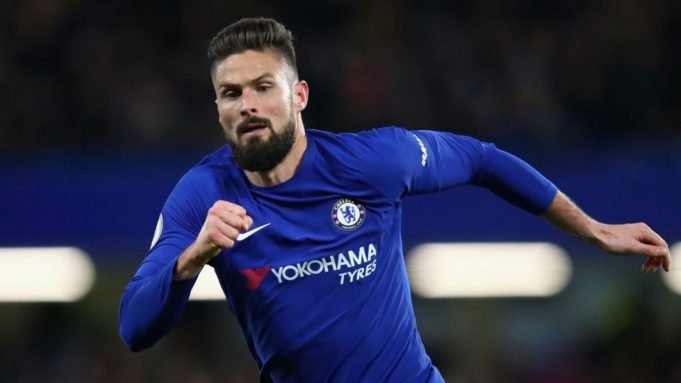 Inter Milan are back on the chase for Olivier Giroud after missing out on him in January.

Chelsea were hesitant to let the Frenchman leave without bringing in a replacement. So, they never enteratined Inter’s offers even when Giroud showed a desire to leave.

Tammy Abraham is the clear starting choice under Frank Lampard and his 15 goals in 34 appearances this season indicates why. However, he is still developing as a striker in the Premier League. Giroud could have served as a optimal backup but the veteran is not fully suited to Lampard’s style of play.

He was pressured into leaving Chelsea this season by his national team coach, Didier Deschamps. A lack of playing time damaged his chances of featuring the 2020 European Championship for France. Ideally, the 33-year-old would have liked to head over to San Siro where Inter are enjoying a rejuvinated season under Antonio Conte.

Reports claimed that Giroud was looking forward to reuniting with his former boss. Chelsea could have also recouped some of the £18m they spent on him but will now have to settle for letting him go for free. Roman Abramovich is expected to back Lampard in signing a replacement in the summer.

Previously Olympique Lyon’s Moussa Dembele was reportedly a top target for the Blues but now, it seems to be RB Leipzig’s Timo Werner. Jadon Sancho is also on Chelsea’s shortlist.