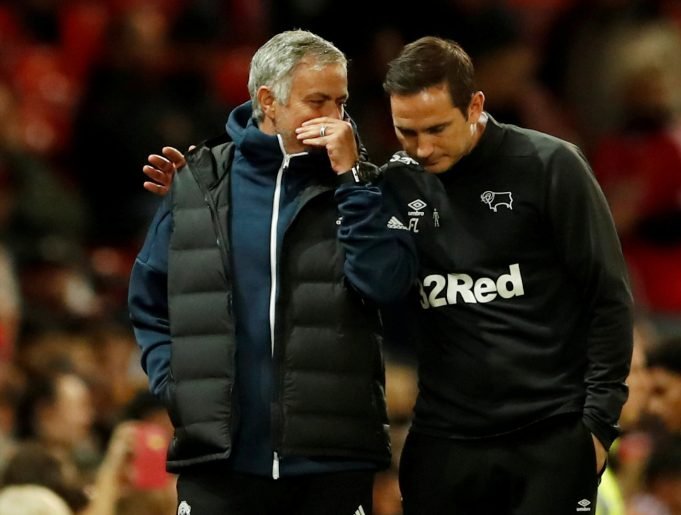 Frank Lampard has refused to be drawn into talks of being a Jose Mourinho-influenced manager.

This will be the second time Lampard faces off against his former boss as a manager himself.

The first time was when he was heading Derby County and got to defeat Mourinho’s Manchester United in the Carabao Cup last season on penalties. It has been a thrilling buildup to Sunday’s London clash, given the relationship these two has had over the years.

Lampard and Mourinho won multiple trophies at Chelsea including two Premier League titles. Despite playing under him, Lampard has rejected any notions of him being a Mourinho clone.

“There’s not one thing, no; he’s obviously a good manager with loads of good attributes. But there’s not one specific thing I learned working under him, and I wouldn’t strive to be a clone or anything,” said the Chelsea boss.

“I’m happy to go up against Jose; for me to play under him, he was a big influence in my career. To go up against him for Derby against Manchester United last year was a big deal for me. And that still remains.

“I’ll always have respect for him. The bigger thing is Chelsea-Tottenham, and what that rivalry means to our players and us. Rivalries are what you feel about your club. Our fans will demand on Sunday what we feel for the game – passion.”