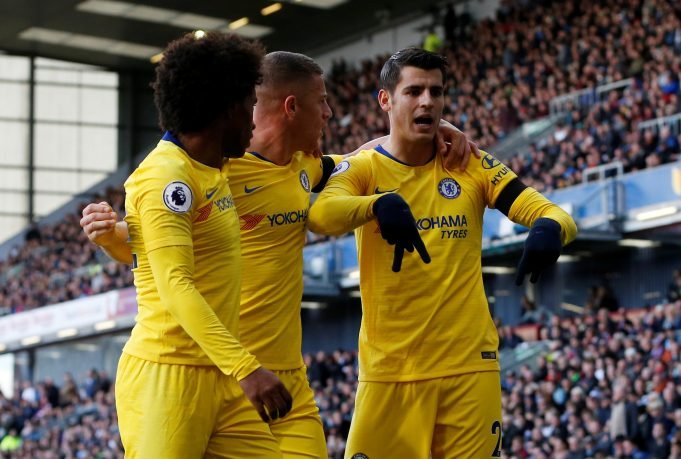 Arsenal legend Ian Wright is of the opinion that when Eden Hazard is not playing, Chelsea have a match-winner in Willian. Willian gave in a pretty good performance in yesterday’s 4-0 win over Burnley.

With Eden Hazard out due to injury, Willian who generally plays as a right winger, played in Hazard’s left winger position. He played every minute of the match and scored Chelsea’s third goal.

Ian Wright was full of praise for Willian. He said, “I thought Willian was amazing today. You heard Sean Dyche saying that when you play a team of that calibre, the players that he’s got, it’s going to be difficult for them, but they didn’t get close enough to them.

They would have been delighted to not see Hazard’s name on the teamsheet but Willian was unplayable for them today. He was predominantly on the left. He was Hazard-esque, running them out of danger and getting them into the last third.

No one was able to pick him up all game. He was very comfortable. Didn’t really waste any ball. Once he found himself in tight positions, he showed a bit of skill to keep the play going.He was stretching them. Flicking it on. Getting ball in the right area with the ability and the pace. For his goal, you know he’s going to be coming on the right foot and it was almost impossible to stop him.”

Chelsea’s next game is against Crystal Palace on Sunday.