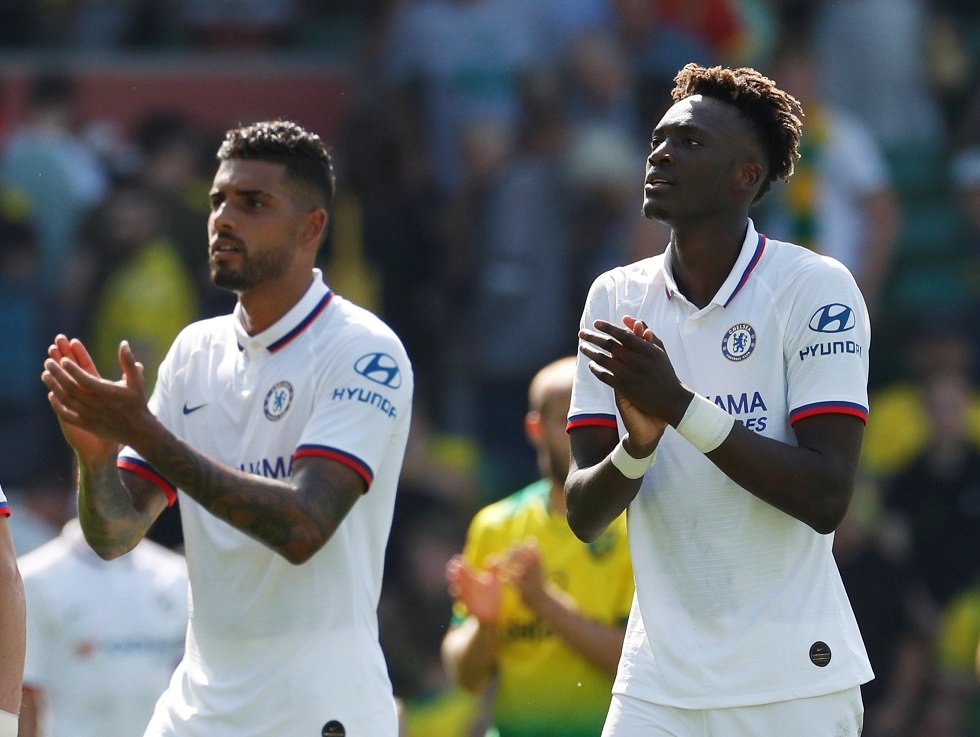 Ex-Arsenal forward, Ian Wright defended Frank Lampard for his decision to play Tammy Abraham in the 3-2 win against Norwich City.

It was the opinion of many and not just Jose Mourinho’s that Lampard should go with Olivier Giroud in his starting lineup, over the 21-year-old.

But Abraham proved it on Saturday why he is the chosen starter for Chelsea with a brace, including the winning goal. He positioned himself beautifully to score two huge goals for his side and help them collect their first win of the season.

After the match, Wright said, “He is somebody who has been around but it’s been a long way to get to the Chelsea first team. That number nine shirt is very heavy and we’ve seen that with some of the strikers in years gone by but the faith his manager has shown in him, he repaid that today.

“A lot of people were talking about the hold-up play and that Giroud should be playing because he’s not getting the play with him but he did that brilliantly today. His first goal was brilliant, composed, kept it down, it was perfect.

“He can come towards the play and he can go long, that’s something Giroud doesn’t give them. Some of the stuff Tammy does, Giroud can’t do. As long as his confidence stays up, he’ll score goals.”