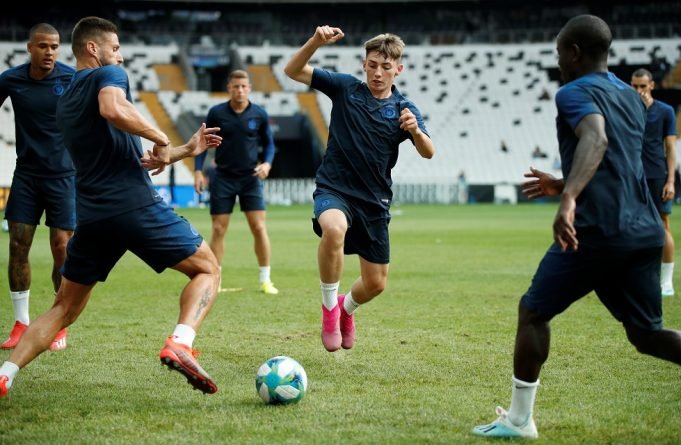 Billy Gilmour is capable of starting over Jorginho at Chelsea and everyone knows it.

At only 18, he has shown composure and maturity which is way beyond his years. He has earned plaudits for his man of the match-winning performances against Liverpool and Everton.

Mason Mount, who broke through to the first team this season as well, has promised to lead by example. Speaking of Gilmour, he said, “He’s been dominant and confident on the ball, which is what you want.

“The young players coming through are going to have these challenges. It’s obviously a big achievement to make it into the first team, to start a game at home at Stamford Bridge. He’s very grounded, got a good family around him and he’s a very screwed-on boy so it won’t get to him at all.

“I won’t let it get to him either – I’ll keep him grounded so he’ll be fine! I’m very close to him so I know what character he is and I had no doubts whatsoever about him stepping up and performing the way he has in the last two games. I have massive confidence in him and he shows it when he comes out onto the pitch.”

Mount himself is regarded as an esteemed professional at 20 years old. Of course, he has a little bit more experience after playing a season away on loan to Derby County. Even he was thrown into the limelight early on in the campaign, some of which has died down recently. Nevertheless, it is the attitude of the young players early on which end up dictating their careers and both Mount and Gilmour seem to have the right ones.