Chelsea FC Latest News .com
Home Chelsea FC News Hudson-Odoi reveals the player who has been a major influence on him 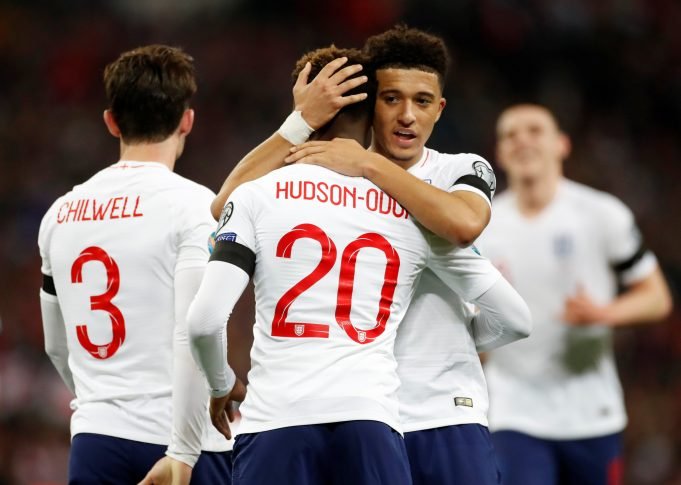 Chelsea teenager Callum Hudson-Odoi has said that his friend Jadon Sancho has had an influence on his career. Hudson-Odoi made his debut for England in their Euro 2020 qualifier against Czech Republic at Wembley. He became the youngest England player to make his debut in a competitive match, surpassing the record set by the late Duncan Edwards in 1955.

Hudson-Odoi took a shot on goal but Czech goalie Jiri Pavlenka but ricocheted off Tomas Kalar for an own goal.

We have always talked to each other off the pitch, called each other, speak to each other, see how the other one is doing and he has had a great season. Since I have been here with England, he has helped me from day one, always made me feel comfortable and confident. Having a friend like that is amazing, just to bring you into the team and help yourself and be yourself. It is amazing. From [a] young [age], I have been the same. We have both been playing as we did on the street, that’s just how we play.

We have been playing as we did in the park and cages. We have that raw mentality just to go at defenders. Be confident, be yourself, don’t be shy in front of anyone. That’s great that we have the confidence and ability to do that and you never know [what can happen].”

Hudson-Odoi’s talent has seen many urging Maurizio Sarri to give him game time. Sarri and Gianfranco Zola both agree that despite the competition in Chelsea’s squad, Hudson Odoi receives ample opportunities.

The teenager has said that he is not impatient regarding his career. He said, “I am not impatient in that way. I am always keen to play the game and love playing football, but at times you have got to remain patient and wait for your time to come. Hopefully, many more will come.”

Hudson Odoi will hope to make his second appearance for the national team in their second qualifier against Montenegro at Podgorica tonight.