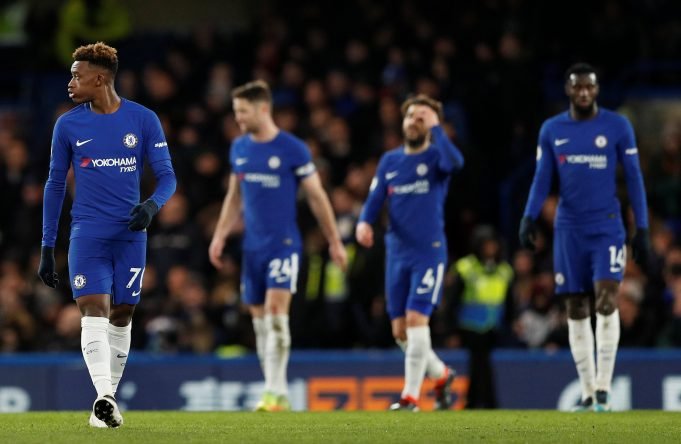 Chelsea and Spanish defender Ceasr Azpilicueta has came forward and praise the efforts of Callum Hudson-Odoi. According to the defender, the player will turn out to be an important player for the Blues in the upcoming season.

Odoi played an important role in in the most recent 1-1 draw with Arsenal in the International Champions Cup.

Even Chelsea boss Maurizio Sarri has praised the player and is in fix of whether to let the player start in the Community Shield finals against Manchester City.

There are possible news which can see Chelsea offer Hudson-Odoi a news five year deal and even Azpilicueta sees the player to join the first team at the club.

In talks with the reporter, the Chelsea defender said, “Callum is really young. He has showed great quality and character. He is playing very well. His performance in this pre-season has been very good. Now it is up to him to keep at this level.”

“I started at 17-years-old when I made my debut. It is about consistency. He is coming from an academy level. He played with us a few times last season and he has been with us during this pre-season and he is improving. That’s really important and I know that he still has room to improve.”

“He is only 17 and he can go really far. I am sure that if he keeps his head and the way he is performing then he will be very good. Every time he went one-vs-one against him [Bellerin], he was creating problems. In transition he was very good and with defensive work.”

The player also praised the new manager Sarri who has been able to implement his new system and style of play pretty quickly at the west London club.

The player thinks that the club is ready to face Manchester City in the Community Shield final. He said, “It is a different style. We have been enjoying it from the first day, learning and improving on what he wants. I think we have played against a good team in Arsenal and we could see the way we want to play. Now we face Manchester City in the Community Shield.”

“We know that they are a very good team, but we will try to play our game. For example, two years ago when we switched to three at the back then from the first day we were very good. Hopefully we can switch again to a back four.”

“It is true that you never know how long it can take, it is true that we still have a few players who are not with us, but with the squad we have, we have to try and go with everything we have on Sunday and try to lift the trophy.”

“The way we play is we attack forward, we defend high, we try to get the ball from them and then play our football. I think today we could see very good combinations, playing from the back, pressing high, so that’s the way we want to play against them and that’s the way we can win the game.”