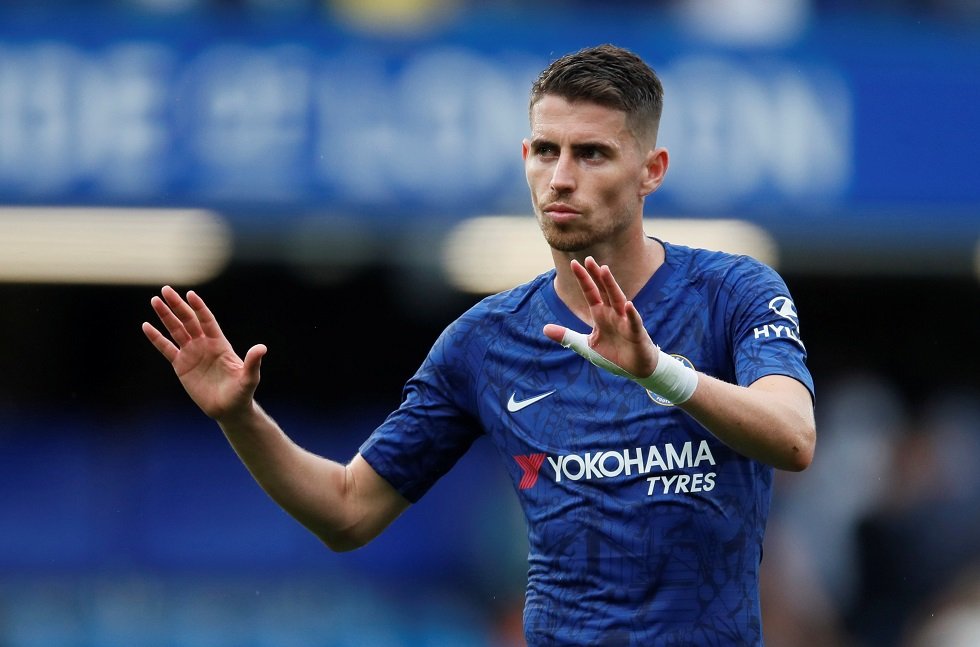 Jorginho believes his instincts on the ball will be enough to withstand Liverpool’s constant pressing without possession.

The Jurgen Klopp’s Champions League-winning squad is notorious for their intensity on the pitch, especially when they lose possession.

Roberto Firmino, Mohamed Salah and Sadio Mane are known to not allow the opposition defence any time to set up their attacks comfortably. Jorginho has been tasked to do that job for Chelsea, even dropping in near his own penalty area to link up with his teammates.

The Italian international has been accused of losing possession a worrying number of times last season but he has significantly improved his performances this term under Frank Lampard.

“You have to know what you are going to do before the ball arrives with you, to be certain where the next pass is but, most of all, where your marker is,” he explained to The Athletic.

“If I’m only thinking about my next move when the ball has reached me, I’m dead. They’ll be on top of me. So, knowing the quality of the press they have, I’m thinking one pass, two passes ahead.

“I’m glancing this way and that from the moment Kepa [Arrizabalaga] indicates he wants to give me the ball. I’m looking over one shoulder, over the other shoulder, making sure I know how far they are away from me. How much time I have.

“If I am uncertain for a split second once the ball has been played, that’s it. They’ll be on me and there’s no time to think then. You need to know where the danger is.

“Sometimes you realise immediately that you are marked, that they are too close at your back, so you make sure the goalkeeper knows, then make a run deliberately to drag one of their forwards out of position.

“You don’t want the ball anymore, but you take a player away, create space for someone else, and allow your team to pass into the right area and escape their press.

“How do you stay calm? I don’t know. That ability, that awareness, has been with me for as long as I can remember. It’s an instinct now. Maybe it was drilled into me in training when I was young when I spent so long learning to improve my first touch, collecting the ball and then finding a pass.

My mother would make me practise, practise, practise. On pitches, in the park, in the street, in our home, on the beach, everywhere… collect the ball, keep it tight, turn and lay it off. Be ready. Be precise.”

“It is still a risk worth taking,” added Jorginho. “When you emerge from that pressure, with one or two passes the whole pitch can open up for you. You just have to have the confidence in yourself.”