Chelsea FC Latest News .com
Home Chelsea transfer news How Much Chelsea Will Have To Pay Derby For Frank Lampard 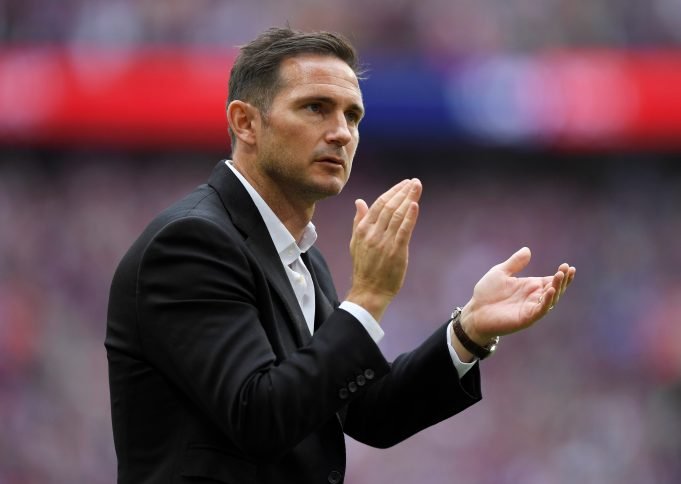 The latest reports claim that Chelsea will have to pay Derby County a compensation fee of £4m to steal Frank Lampard away from Pride Park.

Their former midfielder has done wonders with the Rams this past season to pull them to the finals of the Championship playoff in only his first season as a professional manager. The Blues are set to part ways with Maurizio Sarri after only a year with him as well.

News surfaced yesterday that Juventus had paid Chelsea £5m to release the 60-year-old from his contract at Stamford Bridge. While the Bianconeri lines up an official statement, Chelsea are looking to reinvest that sum on appointing one of their club legends in the managerial hot seat.

Lampard is the fourth all-time highest appearance maker for the Blues with 648 and he won 3 Premier League titles with them as a player. The man is also the club’s record goalscorer with 211.

He is a winner and he has shown a greater ambition to succeed as a manager. Due to his deep relationship with the South West London club, Lampard could be a great fit.

He although, will have to face plenty of challenges, the biggest one being Chelsea losing their best player in Eden Hazard. The transfer ban is also a headache which would mean that the Englishman will be unable to make any signings that he might want.