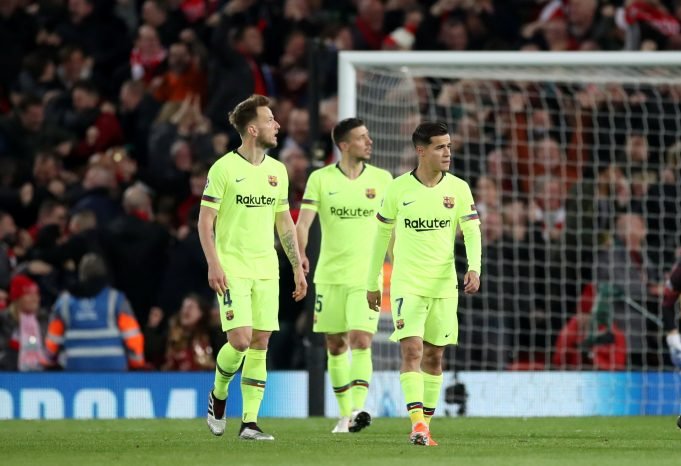 Barcelona were dealt out a 4-0 thrashing on Thursday which ended their run in this season’s Champions League and much of the focus was on their £142m signing, Philippe Coutinho.

Liverpool ran riot to overcome a 3-0 deficit from the opening leg but Chelsea and Manchester United fans were mostly keeping track of their former player, who failed to impress yet again on such a crucial fixture.

Coutinho looked the shadow of his former self, the one which prompted the Blaugrana to expend such a high fee for his signature. Not only was he passive on the pitch but his over impact can be concluded to have been none last night.

The Reds did not allow their opposition a minute of breathing room and it was far too much to take for the out of form Brazilian. His Camp Nou future might just have been decided already as Lionel Messi walked out of the stadium without providing an interview to the press.

Chelsea and United have long been targeting Coutinho ever since he started to underperform in Barcelona colours. Now, Camp Nou exit seems more likely than ever with Ernesto Valverde expected to follow suit.

The Blues still need to overcome their transfer ban before finding a place on the squad for the 26-year-old. Ole Solskjaer’s side could be in pole position to sign Coutinho if they sell Paul Pogba in the upcoming summer.