Chelsea FC Latest News .com
Home CFC How Lampard Can Use Hakim Ziyech Without Jeopardizing Hudson-Odoi Or Pulisic At... 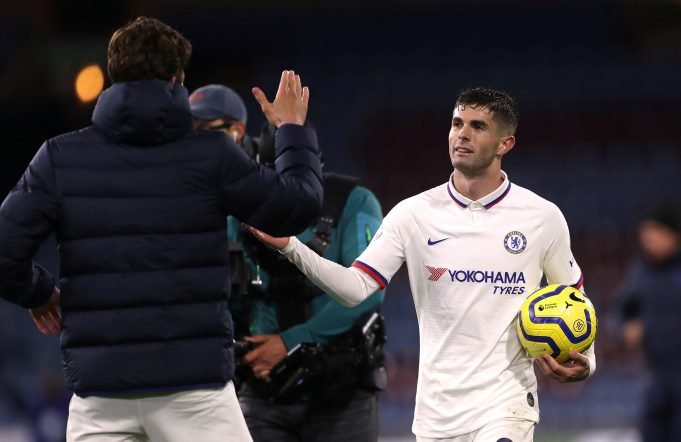 There have been questions regarding Chelsea’s decision to sign Hakim Ziyech when they have two developing stars in Christian Pulisic and Callum Hudson-Odoi.

Ajax banked £37m off of the Moroccan’s sale but many fans think it might be a premature move in Frank Lampard’s era.

Ziyech has mostly operated from the right flank for the Eredivisie outfit and have found tremendous success. His creative abilities helped the Lancers reach the Champions League semi-finals last season. Ziyech’s playmaking talents were noticed under Erik ten Haag. However, the 27-year-old was not always a wide man.

Speaking to the Sky Sports, De Jong, who coached Ziyech in Heerenveen U17s said, “He was used to playing as a specific 10. When he came to me I made him play on the left of midfield so that he had to do a lot more defending. This was because in the younger age groups he was used to getting the ball and just being able to do whatever he wanted to do. He was not too satisfied with the role that I gave him but I knew that it would be to his benefit when he was older.”

Ziyech has played in the number ten role 5 times this season and delivered with 2 goals and 3 assists. He is an adaptable midfielder who can easily fill up the same role at Stamford Bridge, not jeopardizing Hudson-Odoi or Pulisic’s future. Frank Lampard likes to deploy a 4-3-3 formation but he might switch it up to a 4-2-3-1 with Ziyech in the lineup. One player who might find it hard to fit in after Ziyech’s arrival will be Mason Mount.