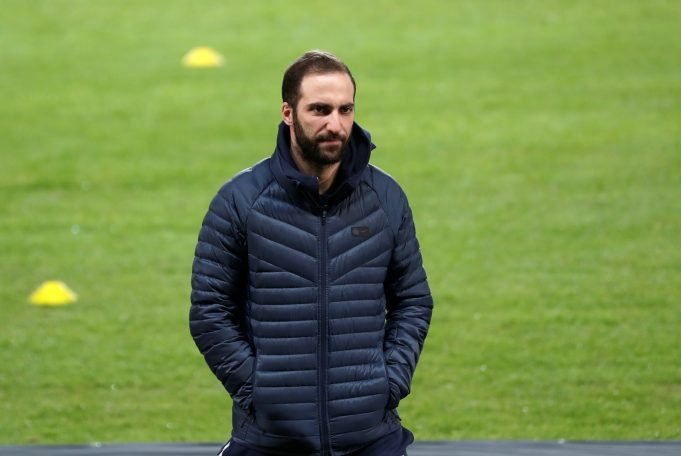 According to reports from the Daily Mail, Chelsea striker Gonzalo Higuain is considering a move away from the club provided manager Maurizio Sarri is sacked.

Chelsea have suffered a dip in their results lately. Their last two Premier League away matches saw them losing 4-0 and 6-0 against Bournemouth and Manchester City respectively.

The Blues are currently 6th in the Premier League table. Chelsea’s recent results have put Maurizio Sarri’s job in jeopardy with the club’s board already looking at alternatives to replace him.

Striker Gonzalo Higuain is considering leaving Stamford Bridge if Sarri is sacked. Higuain arrived at the club last month and has scored two goals for Chelsea so far. Higuain’s loan deal with Chelsea expires at the end of the season with Chelsea having the option to buy him for €36 million.

Losing Higuain could be a major blow for Chelsea considering certain factors. Even though the Argentine is past his prime, Chelsea do not have much firepower in the center-forward department as Olivier Giroud is hardly prolific. Additionally, there is a chance that they might lose Eden Hazard to Real Madrid in the summer.