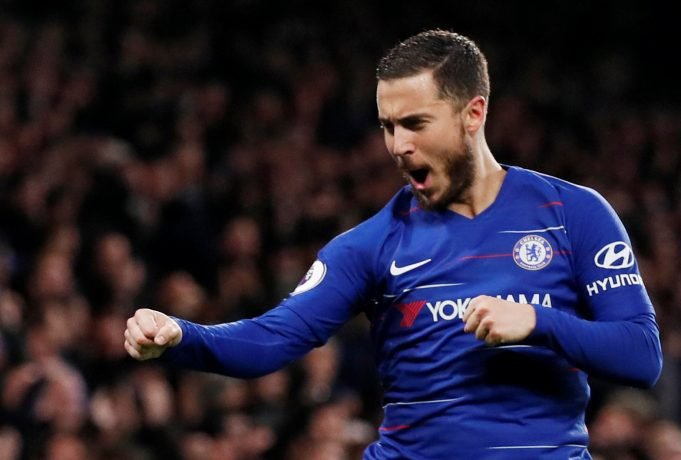 According to reports from Marca, Chelsea talisman Eden Hazard will finish talks regarding a summer move to Real Madrid. Real Madrid have shown interest in signing Hazard for a long time and Hazard never shied away from saying that playing at Real Madrid was his dream.

It seems that the Belgian forward will now join his national teammate Thibaut Courtois at Real. Both clubs are nearly done with negotiations and Hazard will reportedly go to Madrid to search for houses and learn more about the city.

Eden Hazard is one of the best players in the world and has been so for the past year or two. This season, he has been terrific for Chelsea so far, scoring 17 goals and providing 12 assists in 41 appearances across all competitions.

Earlier, there were reports claiming that Hazard signed a contract with Madrid but the Belgian denied this.

Real manager Zinedine Zidane has identified a list of players he wants to buy in the summer and Hazard is among his top priorities. Provided Real do manage to sign Hazard, it would be highly beneficial for them next season.