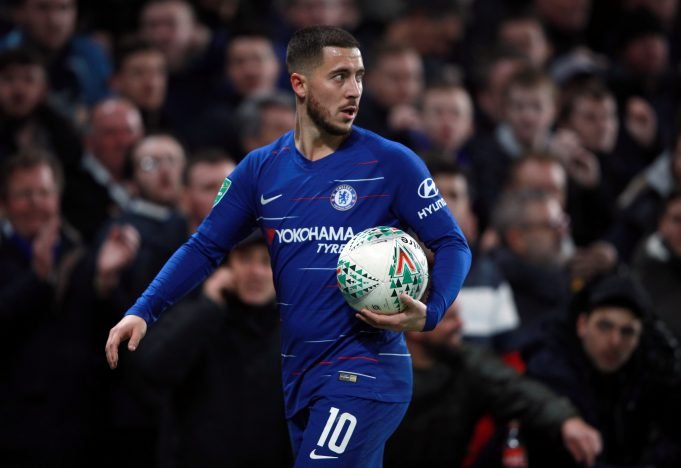 Chelsea talisman Eden Hazard said that he is not bothered about Maurizio Sarri’s criticism. In the build-up to last night’s game, Sarri had some negative comments about Hazard. However, the Belgian had the last laugh as he gave a Man of the Match against Spurs last night.

Hazard scored Chelsea’s second goal of the game. The Blues eventually won on penalties to advance to their first League Cup final since 2015.

Following the match, when asked about Sarri’s comments, Hazard replied, “To be fair, I don’t care. I just play my football, it doesn’t matter what the manager said. I just focus on this team and I always want to do the best for this team, today I did and I’m just happy.”

Chelsea face reigning champions Manchester City in the final on February 24. Hazard believes that the match will be a very tough one but either team have a fair chance of winning. The Belgian skipper said, “It’s always hard [against Man City]. With Liverpool, I think they are the best team in the Premier League at the moment, they win a lot of trophies in the last five or six years, but we also have a great team so I think it is a 50-50 game.”

Chelsea next take on Sheffield Wednesday in their FA Cup fourth round on Sunday.