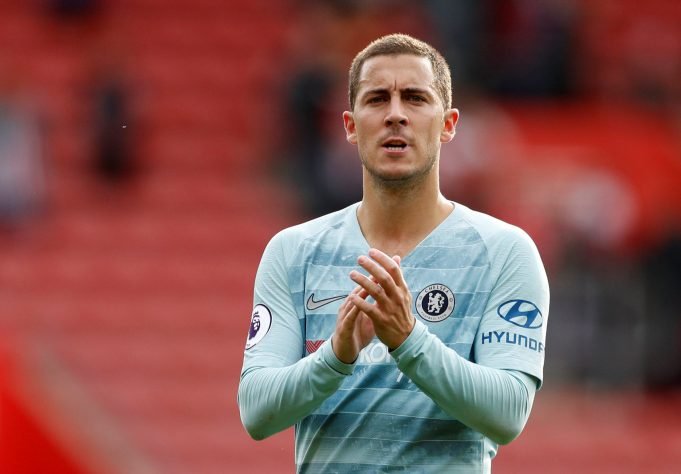 Chelsea talisman Eden Hazard is still not sure whether he wants to stay at Chelsea or to move to Real Madrid.

The Belgian’s future at Chelsea is a very talked about subject since the World Cup. Earlier there were reports that Hazard would leave Chelsea. However, he decided to stay.

Hazard’s Belgium teammate Thibaut Courtois wanted to leave and after his arrival to England, he did not show up for practice on two consecutive days. Courtois eventually went to Real Madrid but his manner of departure infuriated Chelsea fans.

Even though Hazard said that he is not sure what to do, he did say that he doesn’t want to do what Courtois did. The 27-year old said, “I don’t want that.

I want what’s good for me, but I want what’s good for the club because the club has given me everything. I don’t want to say: ‘Yes, I am signing a new contract’ and then in the end I don’t end up signing. So I will see. Sometimes in my head, I wake up in the morning and think I want to go. Sometimes I think I want to stay. It is a hard decision. It is my future. I am 27 and I will turn 28 in January.”

Hazard also mentioned that he has one big move left in him. He said, “That’s why I spoke after the World Cup and I said that I think it is time to change because I played a great World Cup. I am really in the game, I am playing good football at the moment. Real Madrid is the best club in the world.

Hazard’s current deal with Chelsea expires in 2020 and he hasn’t yet started talks with Chelsea over a new contract. Hazard said, “I could talk now. If they come to me, then I will talk. I don’t want to say that I am not talking with the club or the owner. I am talking a lot with them.”

Hazard has been exceptional this season so far. He has scored 7 goals in the Premier League and is a top contender to bag the ‘Golden Boot’ and the ‘Player of the Season’ award at the end of the Premier League.

Chelsea are currently second in the Premier League table below Manchester City on goal-difference. Their next match is against Manchester United on October 20.