After sealing an expensive move to Real Madrid from Chelsea, Belgian captain Eden Hazard has opened up on his new coach Zidane, his time spent in London and his national compatriot Lukaku.

“One of my idols, as a child, was Zinedine Zidane. I had his poster in the room and now I have the opportunity to be trained by him,” Hazard told Corriere della Serra.

“As a child I dreamed of one day wearing Real Madrid’s shirt. When the Real knocks on your door you can do only one thing: open it.

“At Chelsea I’ve spent unforgettable years, but here I am in seventh heaven.”

Speaking about his two former managers in Antonio Conte and Maurizio Sarri, Hazard had great words of praise.

“They are different from each other in terms of character and football idea, but they have one thing in common: they are two winners. They have a marked style, they know which indications to give to the group.”

“He is a fantastic striker, a bomber who knows how to adapt to all the conditions of the game. Everyone plays better with him in the team.” 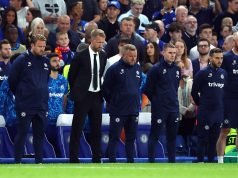