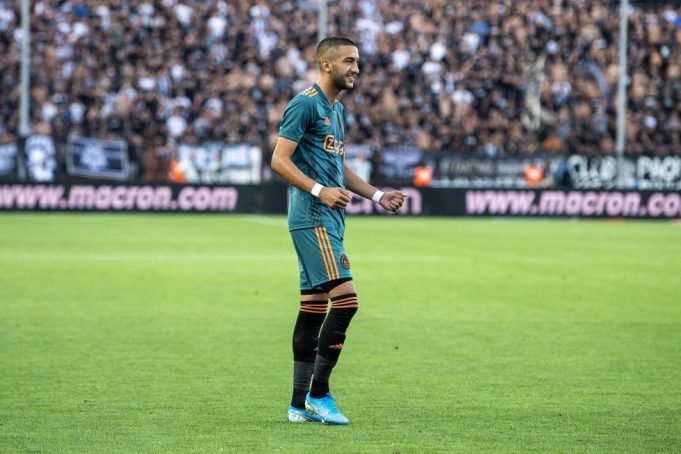 Chelsea fans can finally see Hakim Ziyech in action for them against Southampton next weekend.

Football.London understands that after the international break, Frank Lampard could hand his first signing a start against the Saints.

Chelsea shelled out £33m to sign Ziyech from Ajax in February. He joined up with his new teammates as soon as the 2019/20 season ended and even faced off against Brighton in a pre-season friendly. Unfortunately, an injury from that game ruled him out of action until now.

The Moroccan is fully fit and training with the first team. He could finally take the pitch wearing the Chelsea colours and sporting the number 22. Fans have patiently waited to see Ziyech in action for them.

Many were waiting for the 27-year-old’s creativity from the right flank spark of Chelsea’s attacking strengths in the new campaign. So far, the Blues have not looked too good. A comeback draw against newly-promoted West Brom and a defeat against Liverpool has exposed a few gaps in Lampard’s starting lineup.

Of course, this Chelsea side has a string of new faces who are only learning to play together as a team. Ziyech’s involvement early on in the campaign will only help the transitional process and give Lampard a picture on how his best starting XI might look.