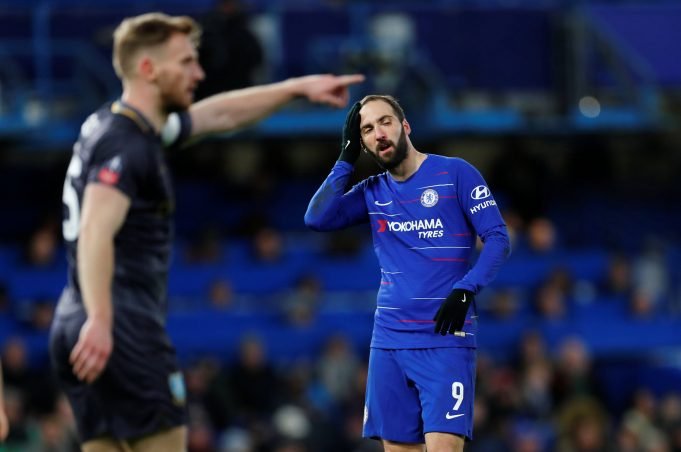 The Argentine striker cut short his loan spell with the Rossoneri to reunite with his former Napoli boss, Maurizio Sarri in London.

Higuain scored 8 goals in 22 appearances for AC Milan in the first of half of the 2018/19 season.

He was sent out of the Juventus ranks after the introduction of Cristiano Ronaldo.

While on the Italian radio, Salvini said, “I’m glad that Higuain has gone. I hope we’ll never see him again in Milan because he really behaved in an unworthy manner.”

He further added, “I don’t like mercenaries in politics or football.”

Higuain is understood to be bagging a sizeable weekly wage at Stamford Bridge but it is ignorant to think that he simply made the switch to Chelsea for the money.

The 30-year-old striker admitted to playing his best football under Sarri. He scored 36 goals in 35 games in the 2015/16 season at Napoli while the Italian manager was still the manager of the Serie A outfit.

The Blues have an option to keep Higuain till the summer of 2020 on loan for £15.6m. If they want to purchase his rights permanently, it will cost the South West London outfit £31.3m.

AC Milan has since gone on to replace Higuain by signing Krzysztof Piatek from Genoa. Salvini gave his thoughts on the latest addition and said, “I like Piatek very much, plus he has an EU passport.”