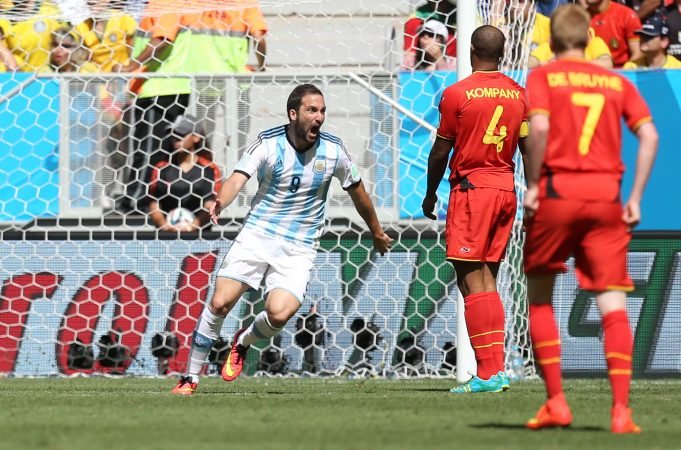 Chelsea striker Gonzalo Higuain has called it a day on his international career. Higuain made his debut for Argentina in a World Cup qualifier against Peru in 2009. Higuain scored on his debut in an eventual 2-1 win for Argentina.

Higuain played a key role in Argentina’s run to the 2014 World Cup final; he scored their winner against Belgium in the quarter-finals. The striker was also part of the squads that reached two Copa America finals in 2015 and 2016, netting four goals in the latter tournament.

However, Higuain’s best tournament for Argentina was the 2010 World Cup where he scored 4 goals. He scored the competition’s only hat-trick against South Korea.

Higuain’s last match for Argentina was their World Cup group match against Nigeria. The Chelsea striker wasn’t chosen for the national team following the competition and has announced his international retirement today.

Speaking to Fox Sports, the 31-year old said, “I think that it is over, thinking things through in depth, my time is up. I want to enjoy my family, and my time. To the joy of many, and maybe not so much for others, my time is up.

You can now stop worrying about whether I am there or not. We have been called failures for making three straight finals and not winning them, one of those a World Cup. For me failing is something else, but now let them take care of the new players, a lot of people enjoy criticising more than supporting.”

Higuain will now focus on Chelsea’s next match against Cardiff City on Sunday.