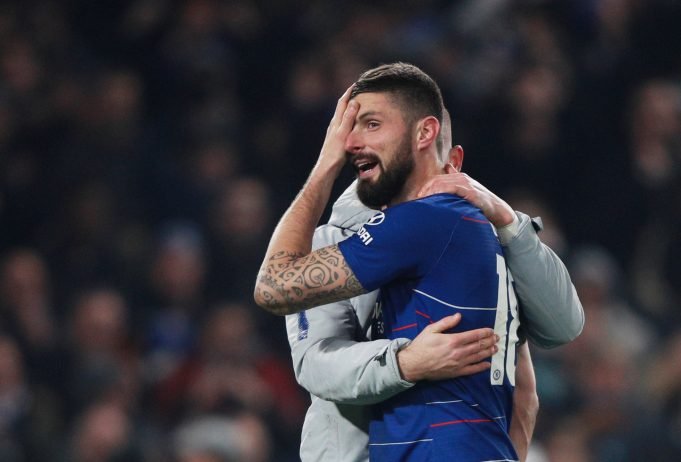 Chelsea frontman Olivier Giroud has dropped a hint that he might return to France to play his trade after his time at Chelsea comes to an end.

The 32-year-old moved to the Premier League with Arsenal back in 2012 after scoring 21 goals for Montpellier to help his team claim the Ligue 1 crown.

Giroud, who tasted World Cup glory with France at Russia last year, made a move across London to the Stamford Bridge 12 months back but he hasn’t been able to hit the ground running.

The Frenchman fell out of favour under Maurizio Sarri this season and made only 6 starts in the Premier League, with most of his playtime coming in the Europa League and domestic cup competitions.

Marseille have reportedly shown an interest in Giroud but they might not go for him now, having already signed ex-Liverpool striker Mario Balotelli in January, while Lyon are also rumoured to be interested.

“Marseille, Lyon, these are two great clubs, I have never ruled out a return to France,” Giroud said.

“I said at the time that my priority was to stay in the Premier League, that’s still the same, but we will see.”

Giroud, however, has reiterated the fact that staying in the Premier League would be his first choice, while also keeping the door open for a return to the Ligue 1.