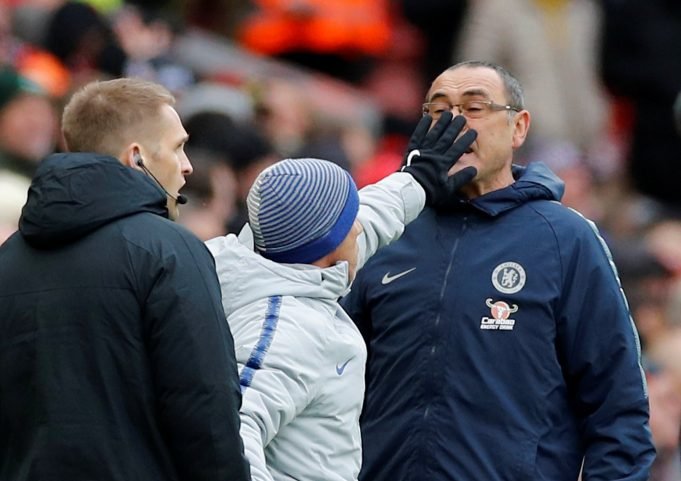 Gianfranco Zola, like any person attached to Chelsea Football Club, wants Eden Hazard to extend his stay at the Stamford Bridge.

“There is a lot of talking around this team. I realise that. We, as a coaching staff, cannot be distracted from what we have to do on the pitch. That is what we’re trying to do: focus on our jobs and do them as best we can,” said the Blues assistant manager.

“Then we hope Hazard will stay with us – he’s such an important player for all of us. Olivier Giroud has been performing magnificently. It’s not down to me to say he will stay, because I don’t have that power.

“But it would be a massive thing for him to carry on playing as he is, and an incentive for the club to sign him up for a long time. There is the ban going on, too. I understand that these are not easy circumstances, but we need to maintain focus because this league, this year… I’ve heard talk about this being a bad season, but if we can win the Europa League and finish fourth, it could be a remarkable season. That’s where the focus is.”

Zola did bring some good news amidst the speculation of Hazard leaving. Antonio Rudiger, who limped off the pitch early in the 2-0 Anfield defeat last Sunday is in a better condition than initially predicted.

“It looks not as bad as we thought, luckily,” Zola added. “When he came off limping, we were worried. Apparently, it’s not that bad. He’s a strong boy and he’ll be back sooner than you expect.

“There is a strong possibility that we see him [against Manchester United]. He’s a warrior and won’t want to miss a game like that. The next few days will be very important to see if he can continue recovering. He’s an important player for us.”