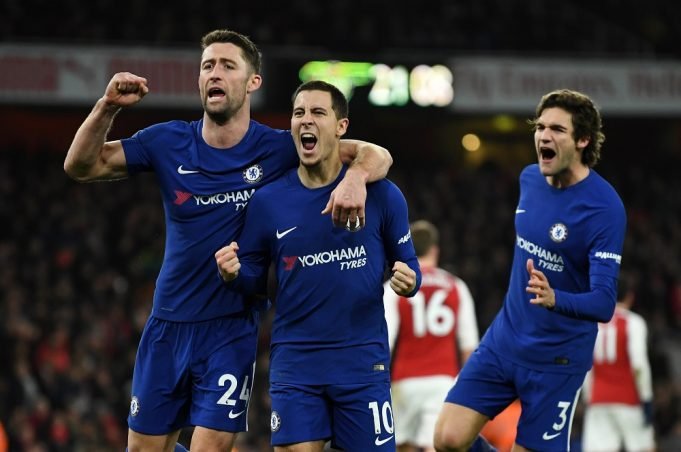 He believes the player is fully committed to the club

Gary Cahill was one of the important players for Chelsea during the 2016-2017 season in their Premier League winning campaign. Though he struggled to continues his form last season under Antonio Conte.

However, the England International managed to make 43 appearances for the Blues in all competitions last term and helped them to win the FA Cup back in May.

But he has fallen down the pecking order under new manager Maurizio Sarri as he didn’t appear in the first 5 Premier League games of this season. David Luiz and Antonio Rudiger were preferred ahead of him.

The 32 year was even left on the bench for the London Outfit’s Europa League opener against PAOK Salonika as they won the game 1-0. But only made his first competitive appearance of the season as a substitute against West Ham last weekend as they were held to draw.

However, the centre-back admitted last week he is willing to leave Stamford Bridge in the January transfer window if he doesn’t earn first team place under the Italian in the following months.

Club’s assistant coach Gianfranco Zola has admitted that he understands Cahill’s concerns but claimed that he has been impressed by his attitude. He also insisted that the defender will get chances to impress under Sarri this season.

“First of all, whether he plays or not tomorrow, it won’t be a reflection of what you’re saying,” said Zola as quoted by Goal, when asked about the player’s apparent desire to leave.

“It’s totally understandable that Gary is upset. We want him to be upset. It means he cares. But he’s a top professional and is doing everything correctly.

“He just needs to be patient. He came back late, and the players were doing well. He will have his chances, and then it’s down to him to take his chances in the best way.”