Chelsea FC Latest News .com
Home Chelsea News From Roman To the Garden of Eden: How Chelsea’s Blessing is Their...

It was the summer of 2002-03 season and another grueling English Premier League campaign was coming to an end. Chelsea, a mid-table club chasing European spots were little aware how their fate would change forever.

Chelsea fans wanted the Blues to win and qualify for the riches and glamour of the Champions League, but another man who followed the match closely was Roman Abramovich. He was readying himself to invest in a club in London and had initially planned on taking over at Tottenham Hotspur.

As the referee blew the whistle after 90 minutes, Stamford Bridge erupted; Liverpool had been beaten 2-1 and Chelsea were going to the Champions League. Chelsea’s win that night changed the mind of the Russian oligarch and Roman drove straight past North London down to the Pensioners stadium and the summer that followed saw him take over Chelsea.

The Russian money had come to Chelsea and it was the start of Stamford Bridge’s most decorated phase in terms of silverware and glamour. Champions League nights were to become a norm and Premier League titles would be coming in, filling the comparatively empty trophy cabinet faster than the Blues’ faithful could ever imagine.

Unrivaled success for the Blues

The years that followed, has so far been the best for the Chelsea loyalists. Roman was a man who wanted to win; nothing else mattered. Ranieri despite his best attempts failed to guide the Blues to the title in Roman’s first season at charge and Chelsea finished second, behind Arsene Wenger’s Invincibles!

For any other club that would have been a bright start but Roman wanted that trophy no matter the price. In came the “Special One” and along with an influx of big money signings. Chelsea were there to stay and loading up their own arsenal to take down the Gunners at the helm. 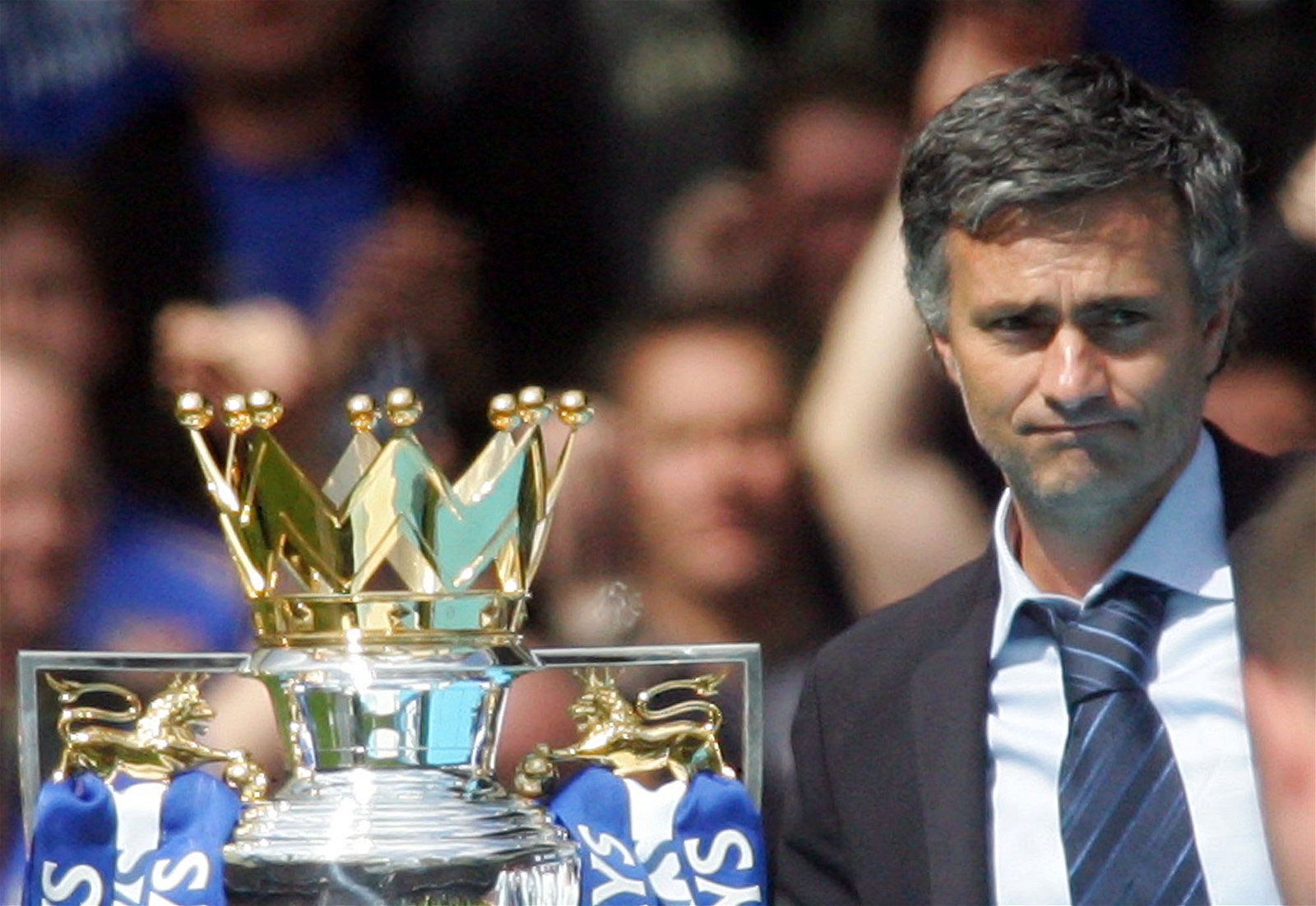 Jose Mourinho in his first training session told the stars at Chelsea something very simple but impactful, “ I am a winner, follow me if you want to win. Otherwise, you know where the door is”.

It did not take long for the Blues to create the do or die siege and do they did! Chelsea left nothing to chance as they tabled record points in the table, losing only once. Needless to say they left Arsenal and Manchester United trailing in their blaze of glory.

The title had come home and thus began the incessant trophy winning. In the next decade, only trophies mattered. The biggest names in the football world made Stamford Bridge their home but many failed as the criteria for relentless success proved too much for a few of them.

By 2013 summer, in exactly 10 years, Chelsea had won every club trophy in Europe, many multiple times. They had become the most successful club in England in that phase and were rivaling Barcelona and Real Madrid in terms of silverware won.

No club can succeed without players. They are the driving force on the pitch and the final performers of what the philosophy and the status the club represents. Chelsea despite many changes in players and managers in the Roman empire, had developed a core armada of warriors; the Old Guard.

Yes, we are talking about John Terry, Frank Lampard, Didier Drogba, Petr Cech and Ashley Cole. These Blues loyalists loved and played for the badge. They bled Blue and helped put the club at the top with the best.

However, by 2013, the transition had to begin. These superstars were running past their hay days and had to be let go off. For a club, for whom it seemed nothing could go wrong in the last 10 years, multiple cracks suddenly appeared. 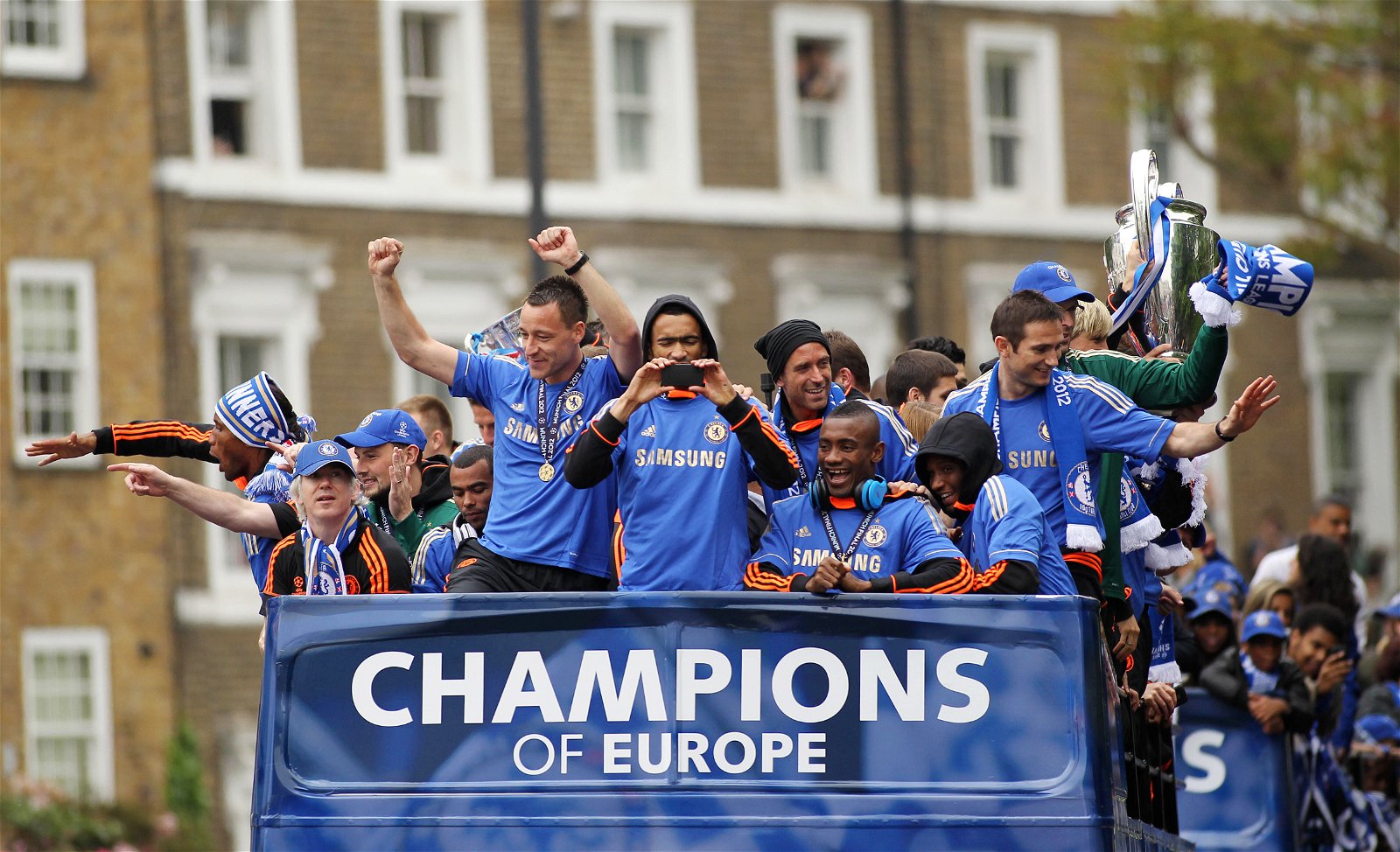 Relationships that run past a point of love and care never end maturely. Chelsea met similar ends with their superstars. The logical boardroom members of the club who wanted to sustain the level at the club refused to give more than one year extensions to the legends who were now getting old. This did not go down well with the emotional fans or the legends themselves who had given their blood and sweat to put Chelsea where it was.

How it affected Chelsea’s future?

The transition was nowhere near as smooth as one would have hoped for and it impacted Chelsea. The new players coming in suddenly were less and less attached to the club. The treatment Chelsea had handed out to the legends, once past their prime, showed the world that players at this club were professionals and if not at best, they would not be valued by the club, no matter their contribution in the past.

Such an approach had its perks of course, it gave the Blues the ruthlessness they needed to succeed initially. However, it also made the Blues vulnerable to a future generation of players refusing to trust the club.

If you are wondering, where and what the aforementioned negative impact left its mark, take a look at the departure of Eden Hazard.

Many players force their exit, you cannot help those situations. Many players are forced out, you do not want them. Hazard fell in neither category. He is a family man who understands the values of bonds. He is ambitious only to a level of professionalism and his ingenious natural talent has put him in the top three in the world.

While we know, Hazard wanted to leave, we cannot argue that he should stay either. One could argue that he would have become a club legend, had he stayed, but given how he saw the former legends being forced out, would Hazard have really wanted that for himself?

Chelsea’s last card to keep Hazard would always have been the emotional factor, in no other way are we comparable to a club like Real Madrid right now. And Hazard, given his personality might have been swayed; he’s no Courtois. However, alas, that is not to be the case.

A played who dazzled the club for seven years is now be gone, as he should to win it all in football, but the emotional Blues faithful will blame the club’s lack of empathy towards an emotional game rather than the failure to match Madrid in terms of success for Hazard’s departure.

If you still find this concept alien, keep in mind, Madrid wanted Totti for years, but the Italian never left home. That is the beauty of the game, the power of football and the human touch to it.

Where next for Chelsea?

If you have been following the club for the last 15 years, you will naturally notice the sad decline curve we are slipping through in the last few years. The transfer ban is the least of the worries for a club who simply look like they’ve been put to sleep. A giant who is no longer interested in battling the biggest and the best anymore.

We are still signing players, we are still winning trophies but the decline is evident. The relentless sacking of managers has finally caught up with the Blues and the lack of leadership at the club is alarming. The board wants to control from their room leaving things on the pitch chaotic, scared to give even slight control to the boss on the pitch, due to their own premature habit of removing coaches they dislike.

No manager can work in an environment where they do not have control making Chelsea the burial ground for dynamic managers. Remember the Mourinhos, the Ancelottis and the Contes, all left complianing about the rift with board members who want to control football from their lofty chambers. 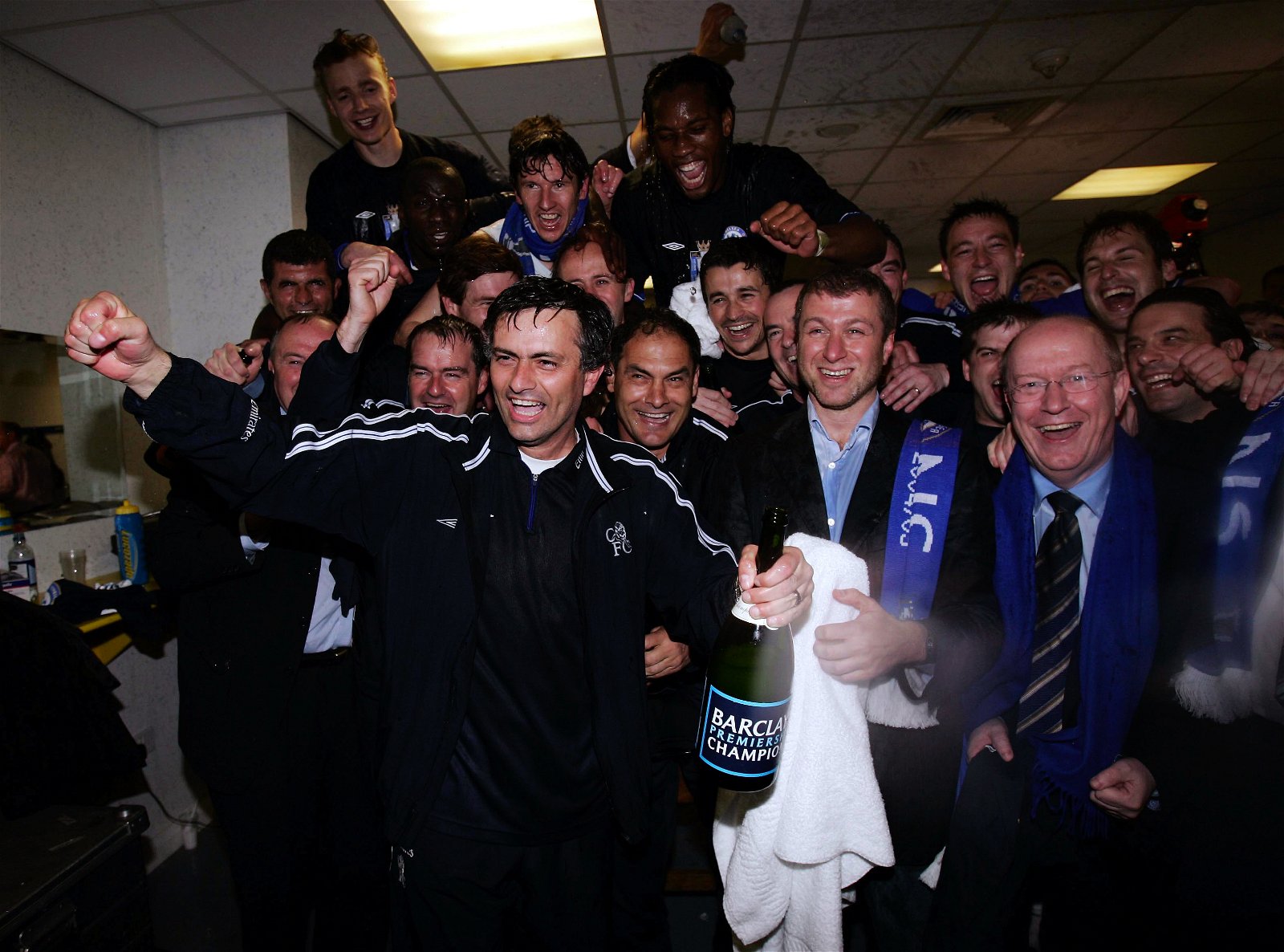 Sarri is the latest victim of this approach, the Italian is given no backing by the board thereby making the players challenge his authority more and more which inevitably leads to a disharmonious dressing room.

What then is the solution at Stamford Bridge?

Opinions are a major aspect of modern football, opinion keeps the game alive after the 90 minutes on the pitch. Suggestions ranging from sack Sarri to appoint Terry have run through the club but one thing that goes unnoticed is the fallacy of the board who simply controls too much for their own good.

It does not matter who walks in next, give him the reins and back him, or do not waste another managerial talent. Do not ask for the manager to succeed when you refuse to give him the tools or even the control on the pitch. 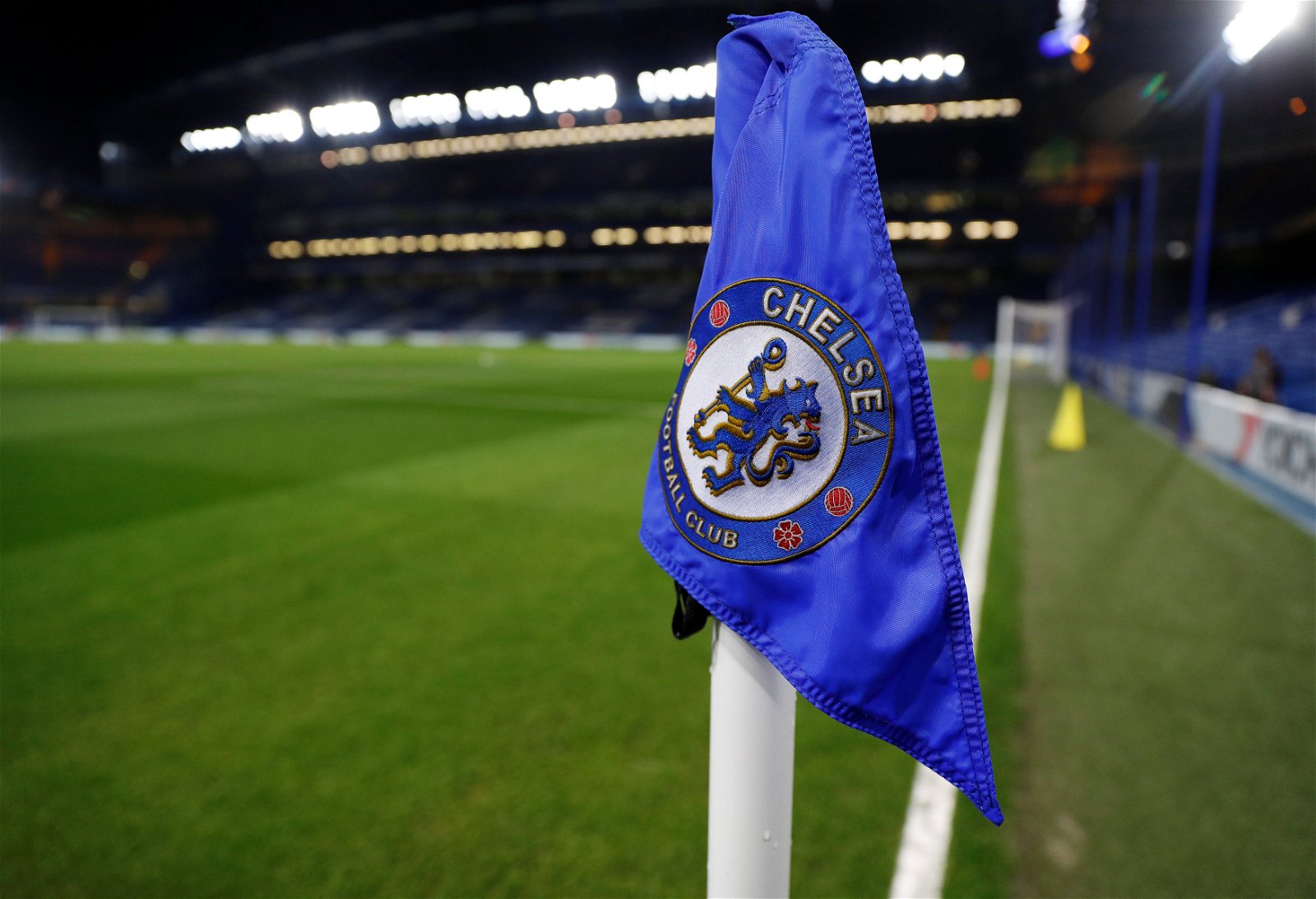 Roman surely trusts Marina and has handed over the daily reins to keep Chelsea’s best interest at heart, but from outside, without the bias, it is very clear, his judgement on this may have been premature. A wonderful board member she maybe, but she is too much at conflict with anything that even remotely strays from her path, something you cannot have in any sport, given the unpredictable nature of it.

Although it seems very unlikely that Marina will change, we will surely wait and hope for it, after all we are the fans and even when things are at their darkest, we have to “KEEP THE BLUE FLAG FLYING HIGH”.