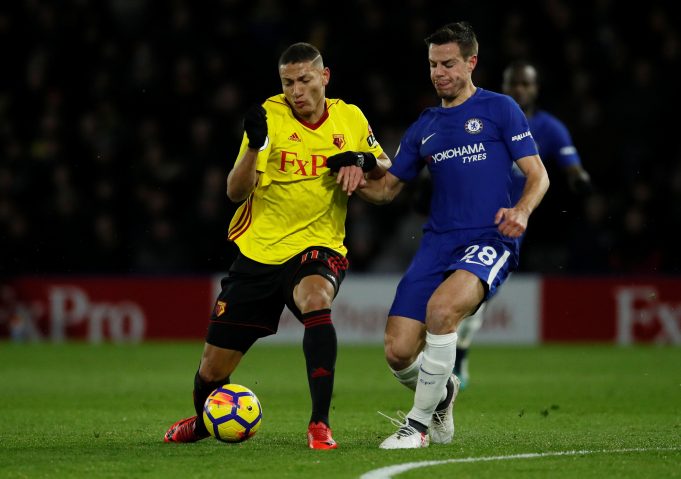 Paris Saint-Germain and Monaco join Chelsea in the race for £40m Brazilian sensation.

Paris Saint-Germain and Monaco are believed to be keen on signing Chelsea target Richarlison in the summer, according to reports.

The Brazilian has impressed in his first season at Watford and a number of top clubs in Europe have been linked with a move for the 20-year-old.

After netting five goals in his first 12 appearances for the Hornets, reports suggested that the Blues, Arsenal and Spurs were all interested in signing the ex-Fluminense man come the end of the season.

Richarlison has been unable to replicate his stunning form from the first few months of the season. He is yet to score since November.