Chelsea FC Latest News .com
Home CFC Frank Lampard To Be Given Another £50m In January 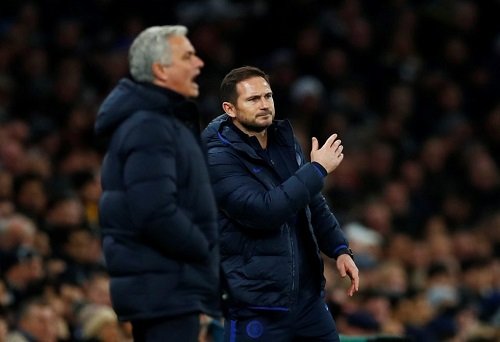 Frank Lampard will continue to get backed further in the transfer market, according to reports.

Football.london understands that the Chelsea boss could have £50m at his disposal this January if he manages to shift out some of the deadwood.

The likes of Marcos Alonso, Emerson Palmieri, Danny Drinkwater, Kepa Arrizabalaga and Baba Rahman are all disposable now that improvements have come in. Chelsea’s squad size is rather large and exits will be welcomed after a summer of heavy spendings.

Frank Lampard was handed a transfer kitty of over £200m ahead of the season and several star figures have come in. Kai Havertz, Timo Werner, Edouard Mendy, Thiago Silva and Benjamin Chilwell seems to have taken up starting spots quite well. Fans are still hoping to see more of Hakim Ziyech in the coming days.

But overall, the Blues are far from a complete side. Their performances this season shows a clear disconnect between the defence and the attack. While there is plenty of firepower upfront, the backline could still use some work.

Reports state that Lampard is still keen on adding Declan Rice who will add more strength to the mdfield and defence. However, his signature could cost in the region of £70m. The manager’s best bet will be to raise those funds somehow.