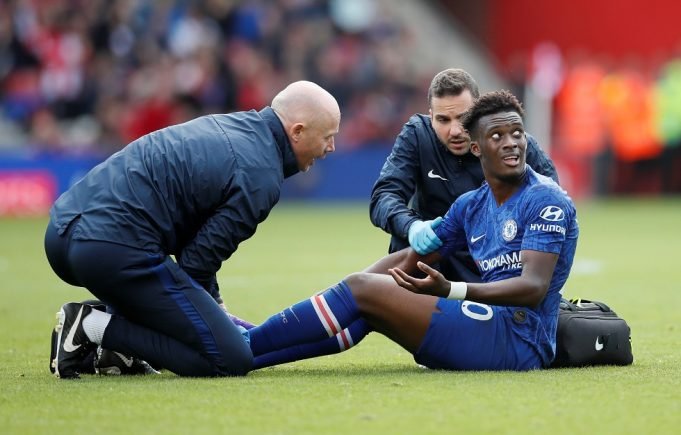 Frank Lampard has warned players about the growing competition in the Chelsea squad with each passing transfer.

Callum Hudson-Odoi was the one who faced the manager’s harsh but true statements.

The youngster caught negative headlines after being pulled into a controversial incident during the coronavirus outbreak. He has been cleared of the charges but has left a stain on his professional career. Fans have started to turn on the teenage winger who became Chelsea’s highest-paid teenager last summer.

Lampard was relieved that the matter was resolved but he has demanded more from Hudson-Odoi. He said, “Firstly, I’m very happy that in the eyes of the law it’s been sorted out, that was my main concern at first, so that’s positive for us.

“For Callum, I’ve hopefully shown in my short time in management that I’m very sympathetic towards the idea that we aren’t all angels or saints, we make mistakes when we’re at a young age. I’ll never be one to come down too harshly on that, albeit we have had conversations myself and Callum, and the big conversation now is to make sure he learns from it, from what happened.

“He broke lockdown, that wasn’t good enough and he’s admitted to that, we can move on. The next thing is to train consistently at a really high level, to work hard in training every day.

“He came back from lockdown and got injured pretty early in this period, so now he’s having to work hard to get fit again. As much as there are pitfalls off the pitch, I want to see how he can work on the training pitch to get into this team and perform at the levels we all hope he can at the club, and it doesn’t come easy.

“That’s the big thing I said to Callum, and he really has to take that on board now.”

Those were Lampard’s chilling words which should resonate with the young Blues star. Hudson-Odoi, no doubt, is as talented as they come but he can have his entire career get derailed by poor decisions early on.

We have seen countless times ridiculously talented footballers self destruct their promising careers by indulging in vices in their personal life. Hopefully, the 19-year-old can learn from this and fulfil his potential at Stamford Bridge.