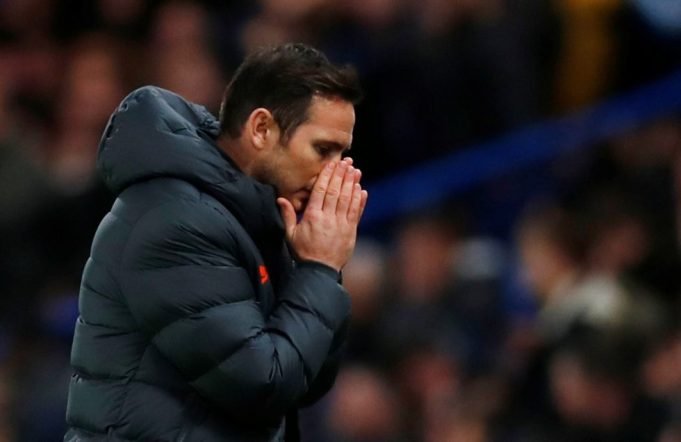 Frank Lampard stated that Chelsea’s season has to start now after a 2-0 defeat to Manchester United brought their fourth position under serious threat.

The Red Devils collected the double over their arch rivals through goals from Anthony Martial and Harry Maguire at Stamford Bridge.

The game was surrounded by VAR controversy when the referee decided to ignore Maguire’s kick out at Michy Batshuayi near the touchline. “It’s tough to take on lots of levels, some footballing, some others,” Lampard told Sky Sports.

“It’s frustrating, but that’s life. I’m not upset with the work ethic or input. Their heads are down in there and I have to correct that. It’s not a 2-0 game but the reality of football is that it is a 2-0 game because of moments. We have a feeling of Groundhog Day, whatever you want to call it. There are footballing things, which get clearer every week.

“There’s always work to do every day. At the minute, we’re fourth and the season starts here. There are things I can criticise; I’m not soft. If we’re not going to have productivity to finish, it’s very difficult to win games.”

“Maguire should get a red card and then he scores the second goal, and the game changes off that,” Lampard continued. “That’s a major part of what VAR was for. The referee can’t see all the angles and if you’re not going to use the monitor, I don’t understand it.

“The Zouma goal should have stood. Azpilicueta gets shoved in the first place. It’s certainly not clear and obvious. It’s just a wrong decision, isn’t it, which is harder to take with the presence of VAR than it would have been before. Love it or hate it, if something happens and they don’t make the right decision, it’s very confusing to say the least. Everyone I’ve spoken to has said the same thing.”