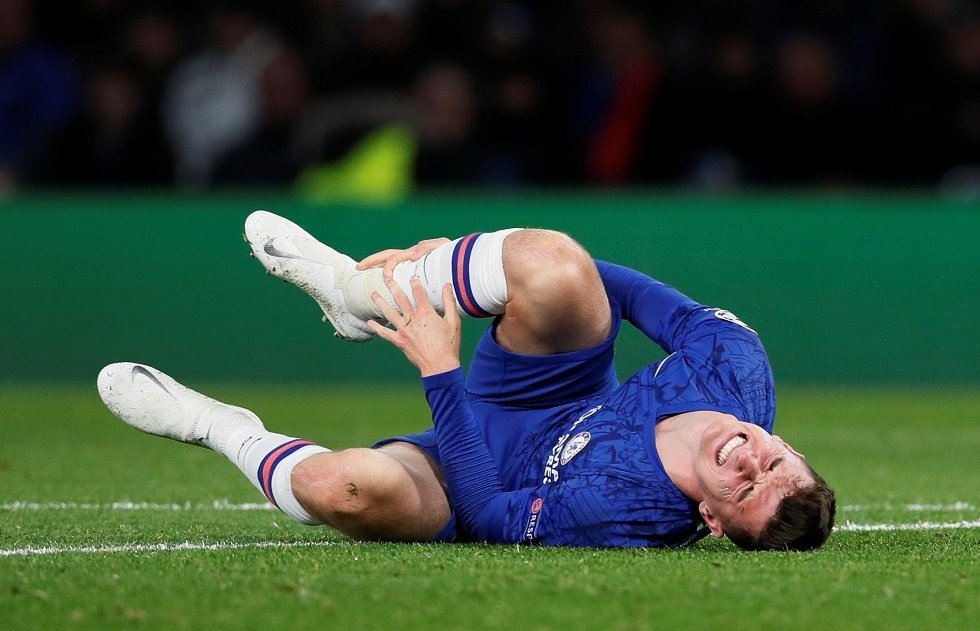 The only thing to dampen the mood at Stamford Bridge last night was Mason Mount’s ankle injury.

Chelsea managed a thrilling 4-4 draw against Ajax after going 1-3 down in the first half.

Frank Lampard revealed how ecstatic he was with the game and also claimed it to be one of his best nights in football. The only casualty of the night was Mount, who hobbled off the pitch and needed to get his ankle strapped after the match.

That’s all from the boss after an incredible night in the Champions League. More from him later on https://t.co/OFDrFXj77c and the 5th Stand.#CHEAJA

Nothing can be said on the extremity of the injury but the upcoming international break should play in Mount’s favour. Also, with N’Golo Kante returning, there might not be a huge midfield issue in this week’s Premier League fixture against Crystal Palace.

James Olley of the Times pointed out that Mount injured the same ankle that sidelined him against Valencia in the second Champions League group stage match. Hopefully, it does not turn into a recurring issue for the 20-year-old.