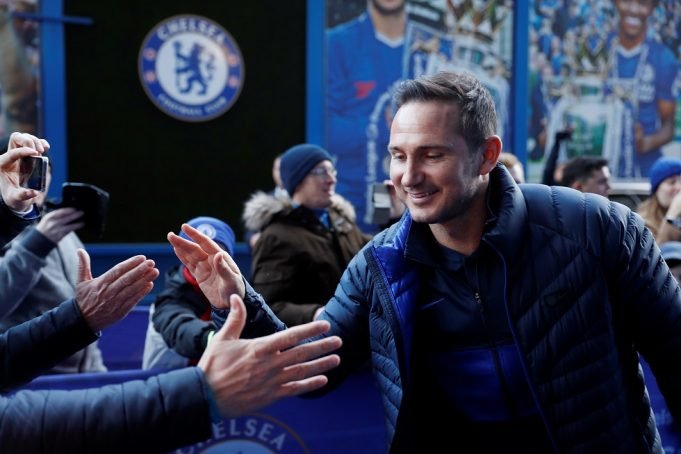 Frank Lampard did not get too ahead of himself after Chelsea’s 4-0 demolition of Everton.

“I’m a bit wary to say that. The last two performances would look like that, but I’m experienced enough to know we go to Aston Villa away, a team who are fighting for their lives and have got good players, so we have to replicate what we showed today every week,” said Lampard. “Yes, we had a good early patch this season. Then we’ve had inconsistencies recently. Who hasn’t, other than Liverpool, in this league?

“I don’t accept those inconsistencies, obviously, but it’s understandable in this transitional period. But we had to work today to show we can finish the season with strength and get better.”

Billy Gilmour wracked up his second Man of the Match award in his consecutive starts for Chelsea. The teenager played in Jorginho’s role and absolutely bossed the midfield, spraying out passes all over the pitch.

“He’s receiving the ball in difficult areas on the pitch,” Lampard said of Gilmour. “If you don’t move it quickly, firstly you don’t get the rhythm in our play and it breaks down from, and secondly if you give it away in those areas, it is dangerous. I was going to use a rude word there, but you need… confidence to do that. Jorginho has it and Billy has it.

“One of the most pleasing things with Billy was he showed those balls in the first half, but when he stepped up and played higher up in the pitch second half, he instantly took it on board, arriving in the box and playing balls higher up the pitch. He showed he can do both, which is a great thing for me when I’m thinking about how the midfield looks at times.”

Sunday’s win came as a huge boost of morale after a downshift in form for Lampard’s men in recent times. When asked if the Blues players showed a mature side, Lampard answered, “I don’t think we’re there yet. It would be easy for me to say it after today but I’d much rather say it in mid-May, when the last game is. To think we’re there and to think that we’ve got over the issues, even at home, would be too over-confident and think we are all right.

“We are improving in big degrees. We have to keep working. I see a bigger picture, an even longer run than that. I think we have a gap that is big to Liverpool in terms of points. At the minute, it feels like we’re working in the right direction, but we’ve got lots of work to do.”