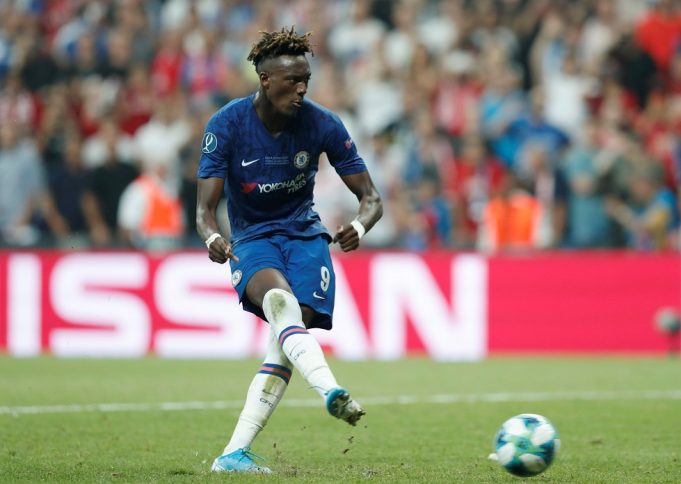 Chelsea could reportedly cash in on Tammy Abraham after a disappointing second half campaign by the Englishman.

Football Insider claims that Frank Lampard is unconvinced by the striker’s development in his first full season with Chelsea. That was centrally the reason why he felt the need to go out and get Timo Werner from RB Leipzig and retain Olivier Giroud’s contract for one more year.

Abraham started off well with Chelsea, tapping in 11 goals and 3 assists in his first 15 Premier League games but very quickly dropped off the mark. He ended the season with 24 goal contributions in 47 outings which is not exactly bad for a 22-year-old striker. But at Chelsea, Lampard demands more. He wants more clinical output in front of goal and more involvement in the team’s attack.

Giroud came off the bench late into the season to show his experience, stealing Abraham’s starting spot. Chelsea are now looking to offload the Englishman to make way for another marquee forward. They are by no means, done signing players in this transfer window. Werner and Hakim Ziyeche have already come and more are expected to follow.

Roman Abramovich has filled up Chelsea’s treasure chest after a year of nearly no signings. Lampard will be aiming to close the gap between Chelsea and the likes of Manchester City and Liverpool as much as he can this summer.