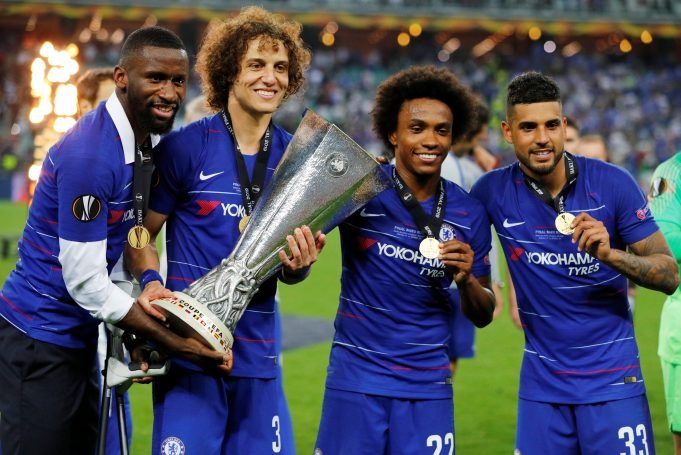 David Luiz has praised Frank Lampard and his methods of leading this young and talented Chelsea squad.

The Brazilian extended his contract this summer after a successful period under Maurizio Sarri. He told Chelsea’s official website, “He’s leading the team like he did as a player but just in a different way now. He cannot run anymore or score goals for us but he’s still a leader, so it will be easy to understand him.

“It’s great to have him back and not just him but all his staff as well because they have known this club for a long time, they love this club and they were waiting for this opportunity.”

The Blues have been affected by the transfer ban set upon them but Luiz believes that the sheer quality of the current bunch is enough to power them through the 2019/20 season.

“We are a lucky team because we have so much talent,” he added. “The young players are amazing, they have the quality already to play for this club, so I have to do my role as a senior player trying to help them and also doing my job.

“When you’re young, you have to think about you opening the door yourself and not the door being opened for you.

“The young players have to work with this mentality. They have the talent and potential for that, so they just have to show it every single day.”

Chelsea take on Kawasaki Frontale before facing Barcelona in their next two pre-season games.