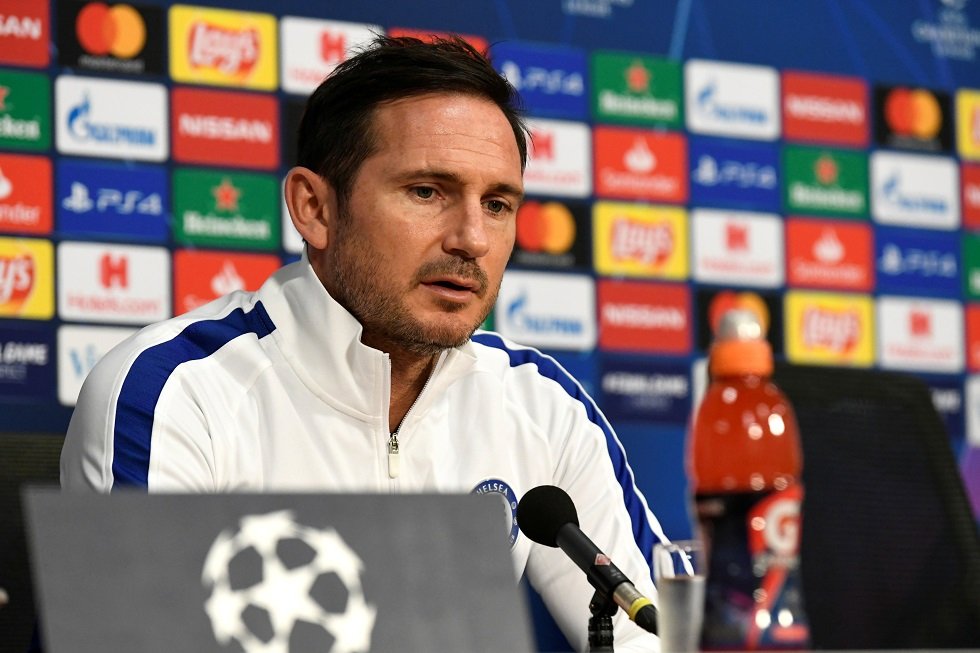 Frank Lampard is not being nice to doubters anymore.

He questioned a reporters remarks of Chelsea being scared of previous season’s Champions League semi-finalists, Ajax.

“What makes you say that?” asked Lampard when he was posed the question. “You look scared,” replied the journalist.

“That is just my face,” said Lampard. “I respect the team, on a serious note. We saw the way this team played last year, and I know that the team has changed slightly, I am very aware of the new threats of the team and anywhere to travel in the Champions League is a difficult match.

“They have won two games in the group convincingly, so definitely it is not a fact of being scared of Ajax. We have confidence in ourselves.”

Frank Lampard also praised Ajax’s policy of hiring ex-players but believes the Blues are not following a similar model. He explained, “I think it is a good model in terms of the fact that with ex-players, you would hope there is a feeling for the club, a feeling from the fans who like to see players who care about their careers at the club.

“You can try and continue with an idea or an ethos, which is where teams like Ajax and Bayern Munich get it so right because it doesn’t change on short-term results. It tends to stay for the longer term.

“Also with ex-players, it is a great thing for the club but they should be there on merit. I should be manager of this club on merit because I want to work hard, be successful and help improve the club.

“So should everybody. That’s why Petr Cech has a work ethic to be here and be the best he can be every day. I don’t think just being an ex-player should be a ticket because it should be the best people who can work for Chelsea. Maybe there is a balance somewhere there because there are a lot of good people at Chelsea who aren’t ex-players who can add huge amounts as well. That’s the balance.”