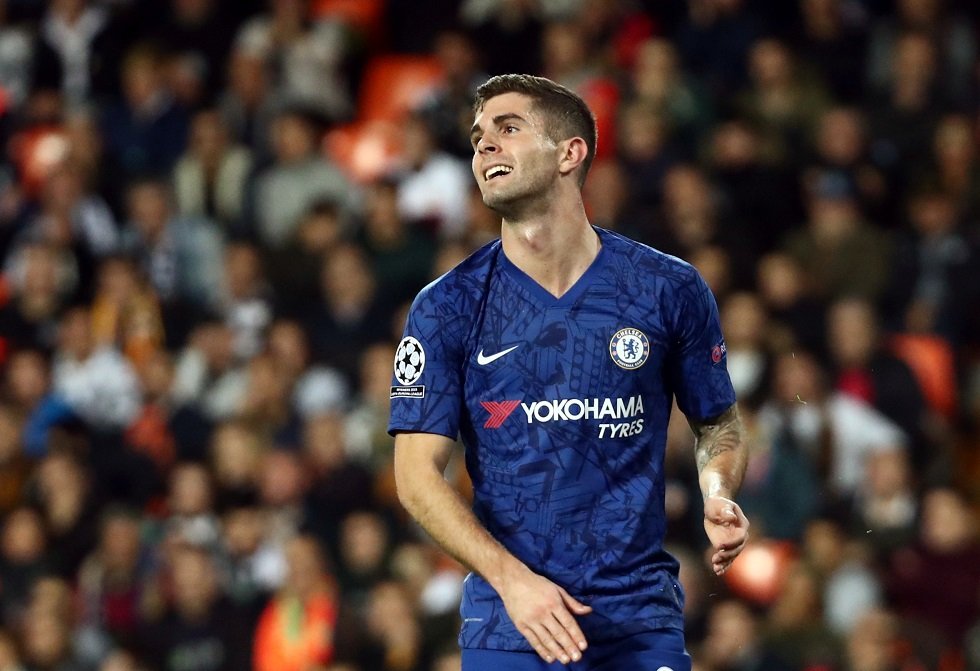 Frank Lampard hinted at playing Christian Pulisic at number nine despite it not working out against West Ham.

Olivier Giroud started during last Saturday’s 0-1 defeat but was taken off late in the game for Callum Hudson-Odoi. This saw Pulisic move up to the striker spot and play as a false nine.

It shocked many as Lampard had Michy Batshuayi on the bench as another option. Speaking about Giroud’s performance, Lampard said, “It was a difficult game for him obviously,’ Lampard said of the French forward’s performance.

“He probably didn’t get enough ball, and then the couple of chances he had didn’t go in for him, so a tough match for him but he wasn’t the only one who comes into a team and a performance that was slightly off it.

“Michy’s had a lot of performances to come on recently and made a difference in certain games, but it was just the choice for this game.”

“I don’t want to talk about match fitness or sharpness because we train hard here,” added the boss. “I get it, I was a player and when you’re not playing regularly you’re need for games is big, but we have to be ready to try and come in.

“We shouldn’t isolate individuals because they haven’t played, because then you could talk about a player who has been playing every game and wasn’t quite sharp. The reasons are not always as they seem.”

When asked if Pulisic could return to his make-shift role, Lampard replied, “We’ll see. He does have an ability to run behind the line, and to be sharp in central areas which will naturally get him more goals. I am not going to say right now if that is the solution, but we will see as we go forward.”