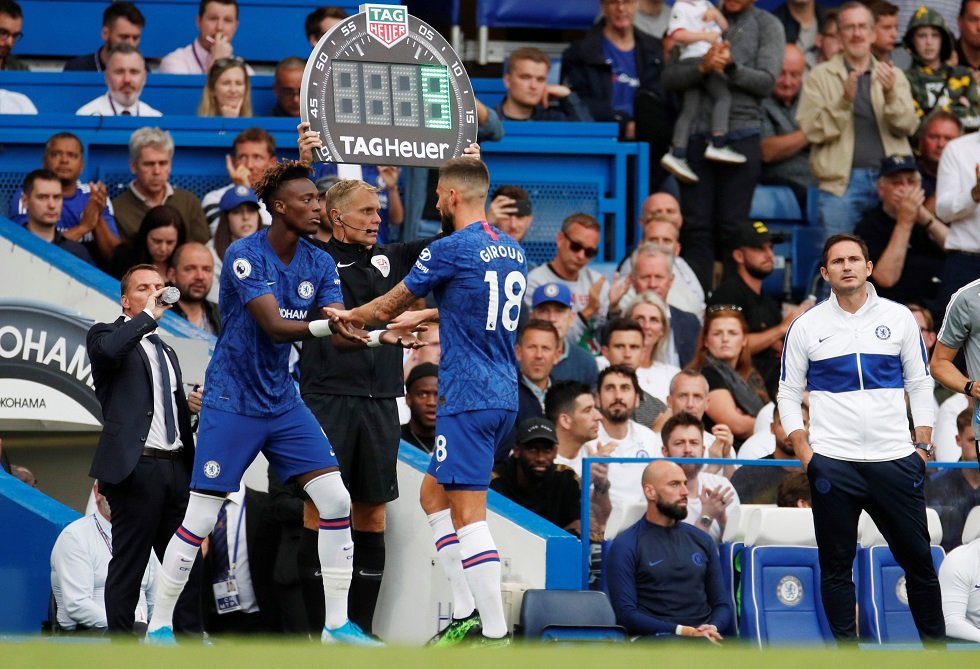 Frank Lampard completely demolished any rumours that he might be looking for a striking change.

The Chelsea manager backed his three forwards, Tammy Abraham, Olivier Giroud and Michy Batshuayi to get off the mark soon. Batshuayi struck twice for the Blues in an U23 game against Liverpool.

“Michy got the fitness work he needed out of the game. He scored two good goals, two very good finishes. I thought he worked hard and that’s exactly what the game was there to do for him,” Lampard said.

“As I’ve said here and I’ve said on the training pitch, we need Michy, we need the competition up front with the three strikers we have. I used to love practising my finishing in training, it’s what I felt made me lucky at the weekend, and gave me an edge in front of goal.

“What I have got is great attitude in the three strikers particularly, but others in the squad also always want to stay out, want to work harder. The reality is that moments come when things don’t quite go for you. [If] Tammy’s goal goes in off the post against United, [it’s a] different story for him, different story for the game.

“But you can’t get too down about that. I don’t think we need to go negative about it. It’s about positivity, working hard and the belief that it will come, and I believe it will come. We’re talking about quality players in terms of our attacking players, so it will come.”