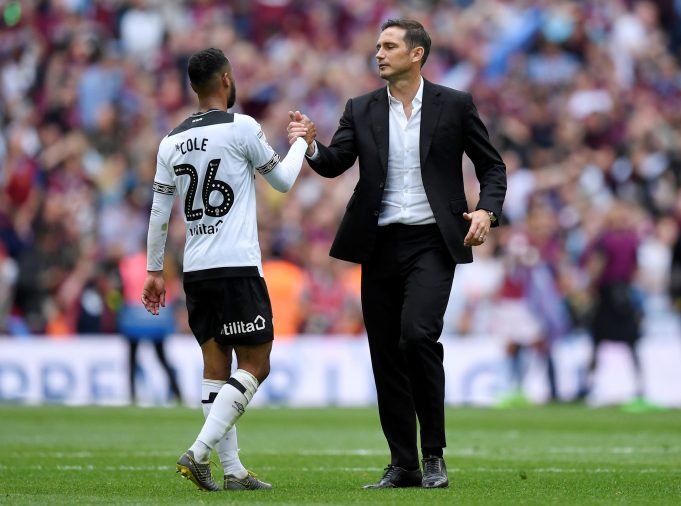 According to the latest reports, Frank Lampard will not be retaining the services of Fikayo Tomori for the upcoming season.

The defender played under the Chelsea boss at Derby County last season. Lampard even raved about the maturity of Tomori, giving fans an impression that the young centre-half might not feature for the senior side next season.

However, with a packed lineup of David Luiz, Andreas Christensen, Antonio Rudiger and Kurt Zouma, one can see how difficult it will be to find a spot for Tomori. Lampard had warned the Chelsea players about this and is only living up to his promise.

He has already found a temporary home for Ethan Ampadu in RB Leipzig and it would be wise to do the same for Tomori. The 21-year-old is a huge prospect and it would be a waste to see him sit on the Chelsea benches next season.

Lampard would much rather get him further developed so that one day he can replace the ageing David Luiz.

Jake Clarke-Salter is also a name included in the potential exit list. Birmingham City have expressed an interest in him whereas negotiations have begun for Tomori with several Premier League and Bundesliga sides.