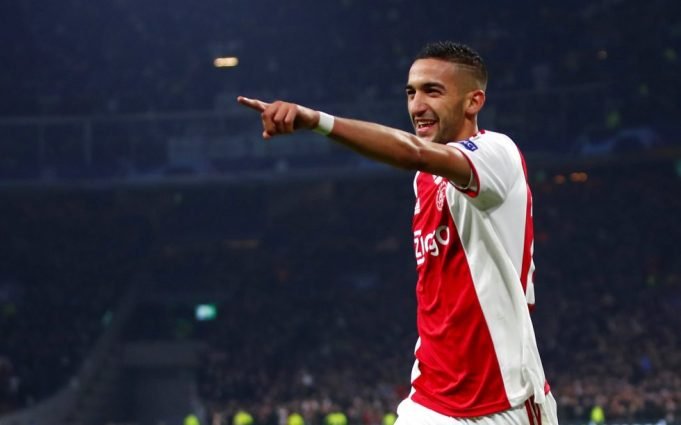 Chelsea confirmed the signing of Hakim Ziyech on Wednesday and Frank Lampard can’t wait to have in his team.

“Since then I’ve watched him a lot,” said Chelsea’s head coach. “He ticks lots of boxes and I’m delighted that we’re in a position where we can say he’ll be our player next season.

“He’ll have to obviously fit in to the way we want to work here … and the energy we want in our team as everybody does, but the quality he’s got hopefully will be there for the fans to see. We’ve spoken a lot this season about games where we’ve maybe had a lot of ball but haven’t had that final bit. And I think hopefully he’s a player next season that can [provide that], with the quality he has with his crossing, passing, that final pass and shooting and scoring.

“At times we have struggled to have the finishing touch and hopefully he can be a part of that puzzle. I see a player that can hopefully have a big impact on the Premier League and our team.”

The £40m investment on Ziyech definitely points to either Willian or Pedro’s exit from Stamford Bridge this summer. However, Lampard has assured that none of the current crop of players need to be worried. He added, “No, it doesn’t. Those conversations are ongoing with both players.

“They’ve both been [here] in successful periods for this club. Both I’ve found to be very professional and willing and wanting to work this year and help the younger players and obviously get results, which is the main thing. Regardless [of what happens next], what they’ve done at this club is very well received from our end. We’ve brought in a quality player who can play in various positions so it certainly doesn’t have a one-on-one effect on any player.”