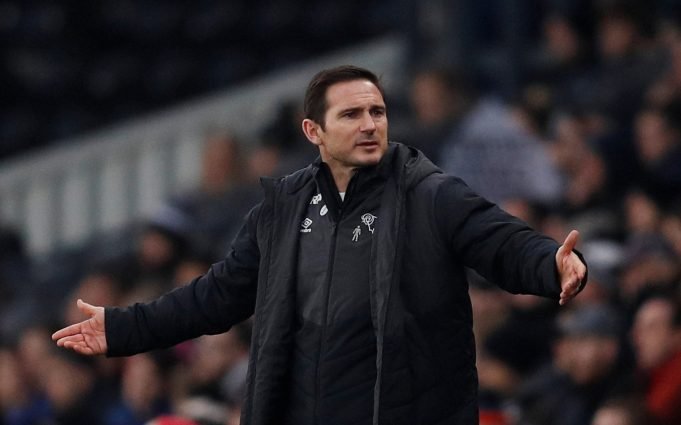 Frank Lampard has dismissed all rumours linking him with the Chelsea job.

The Derby County manager has been linked with a return to the Stamford Bridge as Maurizio Sarri’s future remains uncertain. Despite securing Champions League football for the Blues there have been serious concerns over his

The former Chelsea midfielder took over the charge at the Pride Park stadium in the last summer and guided them to the Championship playoff final where they are scheduled to face Aston Villa.

Sarri is yet to strike a chord with the supporters and the club hierarchy will take a final call after the Europa League final.

Lampard said, “I said it a few months ago. I find it quite difficult because we’ve got games coming up and they’ve got a manager in Sarri.

“It has been a bit of an obvious link all season.

“This club [Derby] gave me an opportunity. I’m grateful for that and I want to finish the season as well as I can.

“I’ve got two years left on my contract. I’ll sit down with Mel [Morris, Derby County’s owner] after Monday, which was planned anyway, to see where the club goes forward.”