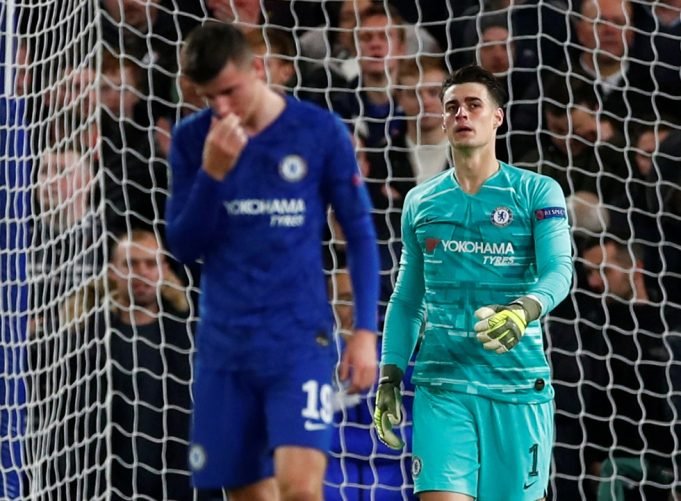 Questions were once again asked of Chelsea goalkeeper, Kepa Arrizibalaga after their 1-0 defeat to Newcastle United.

Isaac Hayden’s header deep into stoppage time sent the Blues to their eighth Premier League defeat of the season.

Kepa was heavily criticized for not dealing with the cross from Saint Allan Maxim. The error-prone goalkeeper goes into these bouts within a game where he losses concentration. However, Frank Lampard has refused to pile onto the 25-year-old.

“I’ll always defend the players and I think if there are individual errors, then players are the ones who stand and hold their hands up,” Lampard told reporters ahead of Chelsea’s game against Arsenal.

“I think goalkeepers should be as well, it’s quite an isolated, difficult job and the spotlight is really on individually. He’s made good saves for us this season and at times he’ll have wanted to do better, because he’s still relatively young as a goalkeeper and wants to improve, as he should do. He can improve just like all the team can improve.

“I didn’t have a direct conversation with him. I’m sensitive to the fact that goalkeepers are under the microscope and that can be tough, but if it’s not going for you, like a striker, you have to just work hard and keep your head down and be humble about how you work. That’s how I push everyone to work. He’s a good goalkeeper, we know that. He’s saved us points and then there’s times when we look and go, ‘is it an individual error or a team error?’

“And sometimes the goalkeeper takes the brunt if we haven’t defended right as a team. I don’t want to dwell on it. If it’s not right, we need to make it better.”