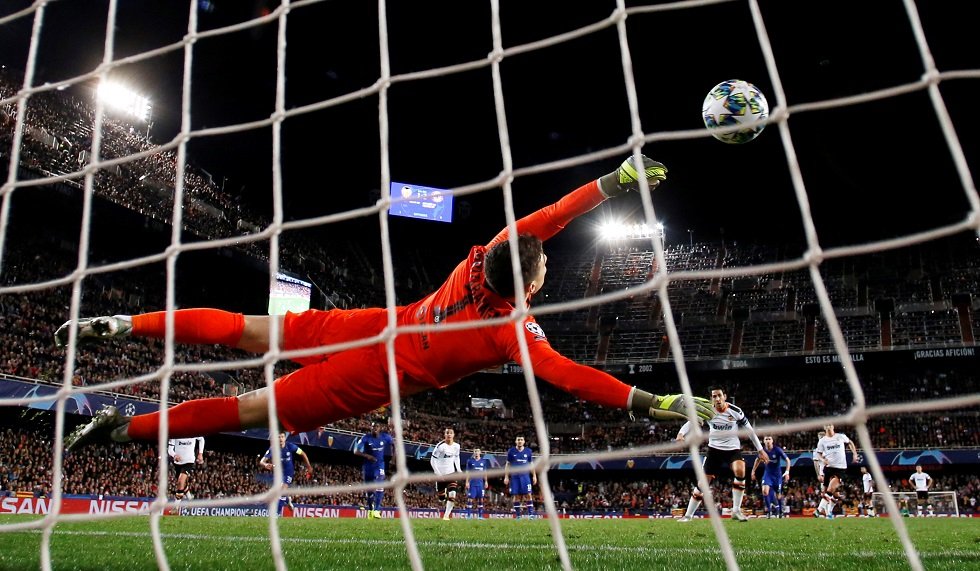 Kepa Arrizibalaga came under heavy criticism once again for his part in Chelsea’s 2-2 draw against Valencia.

The Blues had the lead late into the Champions League group stage tie but a lucky cross from Daniel Wass flew over the goalkeeper and ended up in the back of the net, equalising the scoreline.

Many thought Kepa could have handled it better after making a couple of careless passes through the course of the game. But Frank Lampard defended the record Chelsea signing by saying the ball was out of his reach.

“It was certainly a fluke,” Lampard said after the game. “He didn’t mean to score and that makes it more difficult for the goalkeeper because they don’t expect to go off the far top corner. The cross came in too high for him. I know there might be the feeling he pulled his hands away, I’m not sure he would have got there anyway.

“I will have to look at it again and Kepa will be the best one because he’s very honest with himself and if he feels he could have got it then I’m sure he would say that. But we can’t look away from the penalty save. It wasn’t just a standard penalty save, it was a fantastic one and that’s what top keepers do to save you points.”