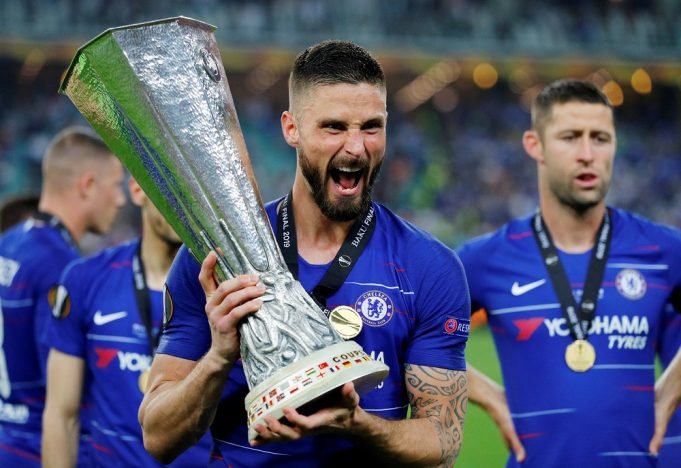 A Stamford Bridge exit has been imminent for quite some time now with the Frenchman starting only 2 games this season.

He clearly is not in Lampard’s future plans, not even as a second string option. Giroud came in for £18m two years back and is now ready to part ways with the London outfit. His contract is anyway set to end in another six months so it makes sense to cash in on him now.

Giroud’s exit will also open up the door for newer additions. Chelsea have been consistently linked to Lyon’s Moussa Dembele. Sky Sports claim the French outfit turned down a £34m for the striker just days back and are expecting an improved bid from Chelsea.

“There’s no update on Ollie, but I’ve spoken with him,” Lampard said of Giroud. “If the conditions are that it’s something he really wants to do and it works for the club, for me and the squad then it’s something that could happen. But only when all of those bases are covered. So we’ll see if we’re there.”

Tammy Abraham has had to shoulder majority of the scoring responsibilities which is not ideal for a top four Premier League side. Michy Batshuayi is simply not clinical enough in front of goal and needs to be replaced.