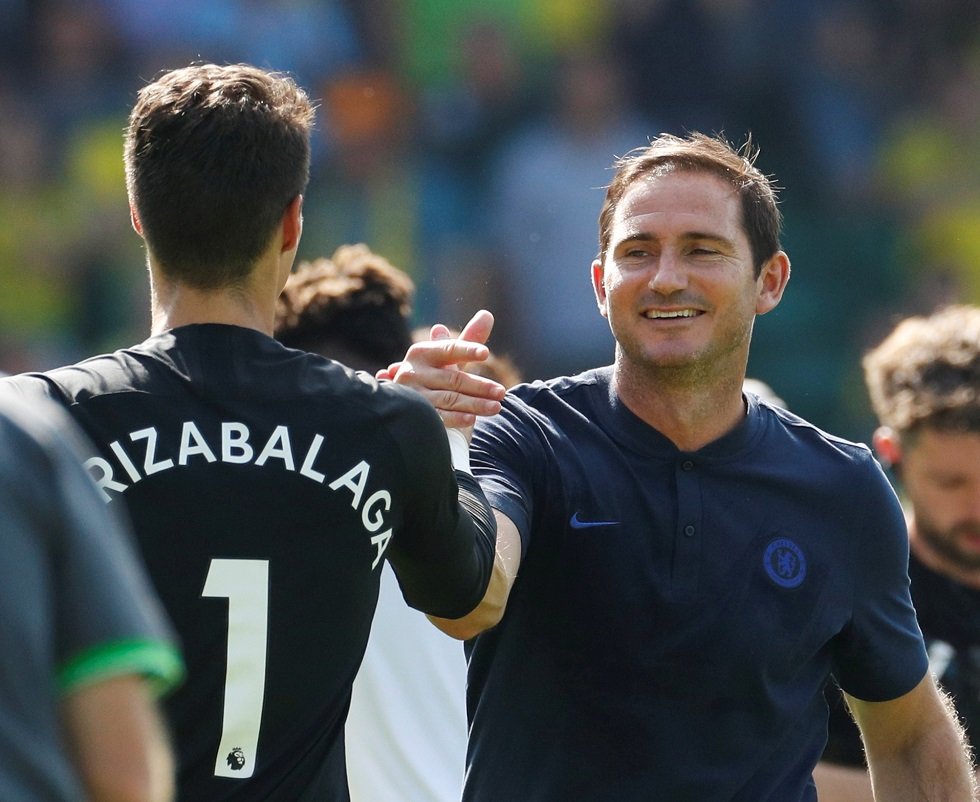 Frank Lampard has called upon his attacking stars to fill out Eden Hazard’s shoes.

Chelsea scored 63 goals in the Premier League last season with the Belgian having a hand in almost half of them.

Even without a transfer ban, the Blues will find it quite difficult to replace a player of Hazard’s stature. Lampard still has the belief that his young guns can collectively bring the same level of impact that Hazard once did for this football club.

“We’ll have to find them amongst the group because I know how many goals Eden Hazard was a part of in terms of scoring and assisting,” he told chelseafc.com.

“These are facts that are real and we have to try and address them with work. The challenge is clear for the strikers and the attacking players: ‘Can you be the players to score those goals?’ because the top teams in the league tend to have players who are scoring regularly, that do win games that are tight, that do make you clear in games and good periods when you’re playing well and you need to score enough goals to put the game to bed.

“I haven’t trained with that in mind. I’ve trained as I see the squad I train with. Some of our wingers have been injured. Callum’s (Hudson-Odoi) back training now and Willian missed the first part of the season.

“This is football and you have to adapt constantly. With Eden, we all know the reliance in terms of his output was huge. He’s in the top bracket of world players and football’s attacking players so you have to accept that.

“But I haven’t considered it and the players shouldn’t. The players should just play as they play. There’s enough quality in this team to win games for sure without Eden. He’s not here now so that’s the end of that story.”